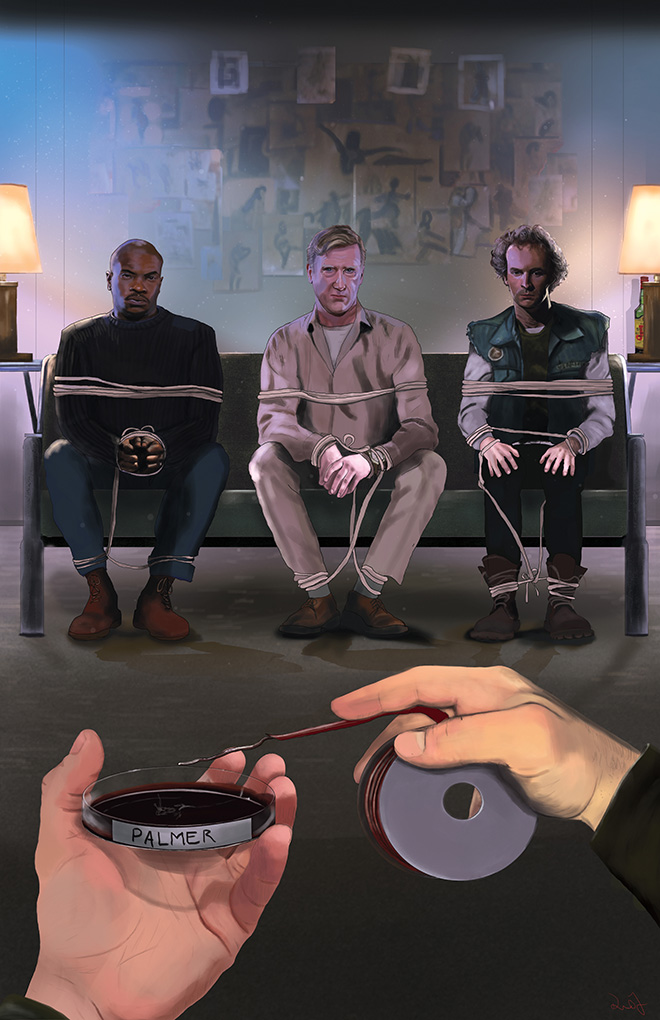 I was thrilled to be asked to contribute a piece to the officially licensed ‘The Thing Artbook’ from Universal Pictures and Printed in Blood. I’m a huge fan of John Carpenter’s 1982 classic and as always my aim was to create a piece that provided a slightly different perspective on a famous scene. I felt like there was plenty of MacReady (Kurt Russell) inspired artwork out there so I set out to capture the famous blood test scene from MacReady’s own perspective. Armed with a photo of my hands and well over 40 shots from that scene I attempted to capture the unease of that scene. It’s Palmer’s turn and fans will know exactly what happened next.

Sketched (and sketched, and sketched) traditionally and then scanned onto an iPad Pro where I used Procreate to create the colour palette for the scene. I then took this into Photoshop CC where I used the work in Procreate as a template and then painted everything digitally.