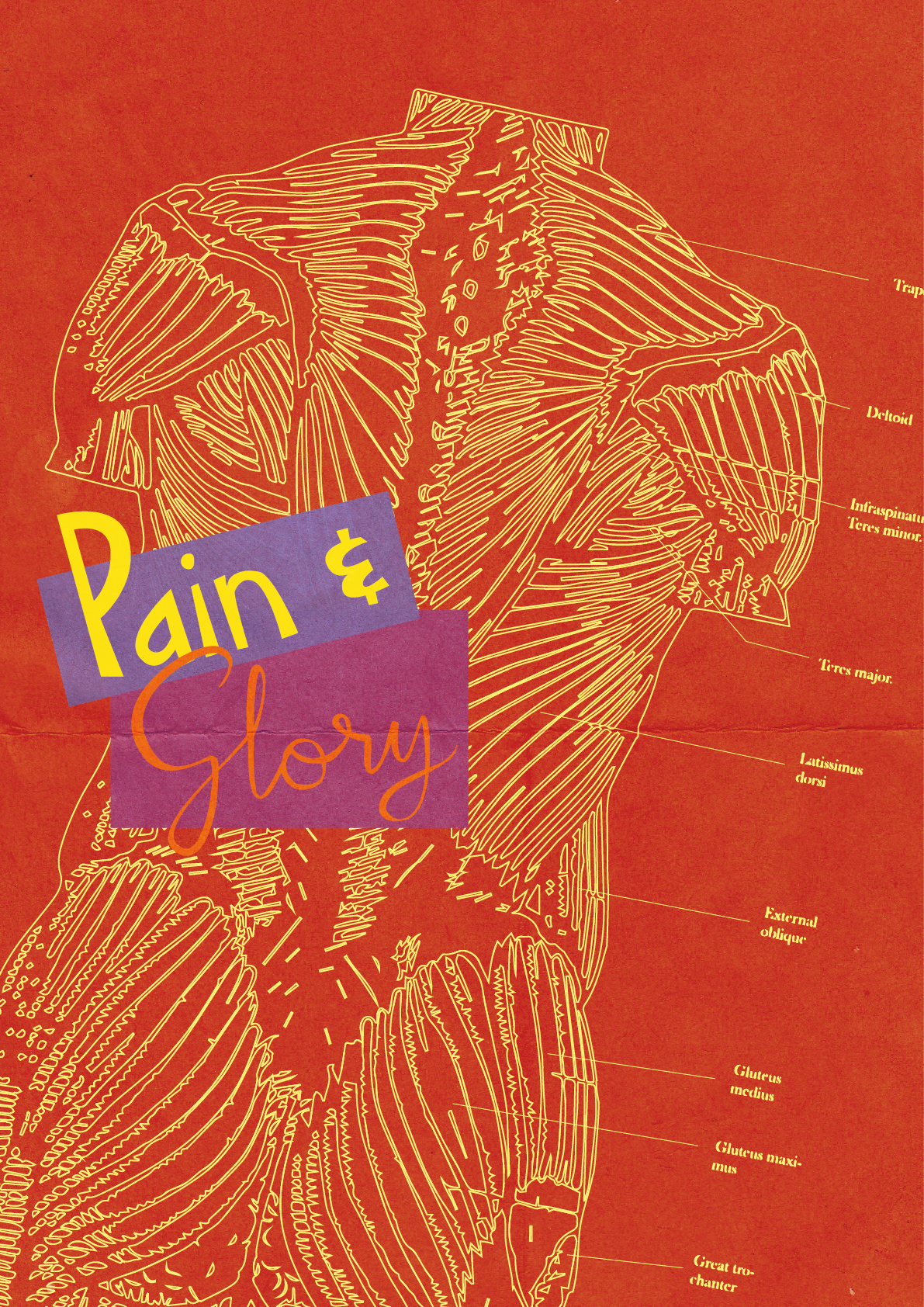 Poster design for Pedro Almodóvar’s newest film, Pain & Glory. Inspired by film posters of Almodóvar’s past films as well as the aesthetics and cinematography of his films themselves, with their bright and bold colours. The design reflects protagonist Salvador Mallo’s declining health, centring on his back pain and eventual back scar. It is also inspired by a sequence within the film in which he describes his many ailments in depth, using medical clips illustrating anatomy. As well as this, the card texture overlay refers to the memories Mallo explore in the film, including discovering an old drawing of himself created on card. Finally the differing typography reflects the dichotomies of pain and glory, past and present, and work and passion, experienced by Mallo.