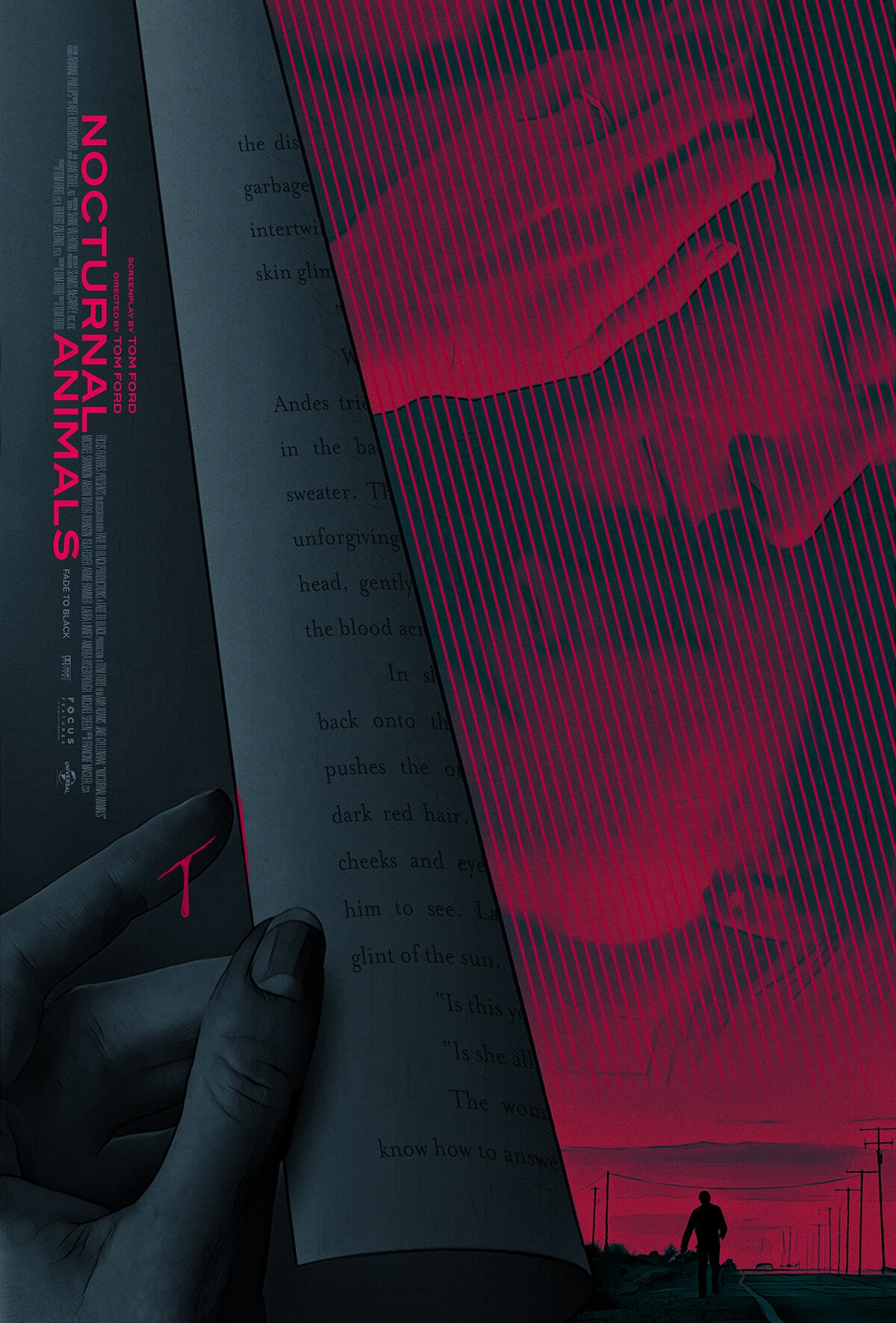 john.godfrey
8 followers
Log in to Love Share
Dorian and 3 others
Users that love this poster:
movieartwork
Jack Woodhams
Marusc24
Dorian

I created an alternative movie poster in collaboration with MoviePilot.com and Focus Features to promote the upcoming Tom Ford film, Nocturnal Animals. A “story inside a story,” in which the first part follows a woman named Susan who receives a book manuscript from her ex-husband, a man whom she left 20 years earlier, asking for her opinion. The second element follows the actual manuscript, called “Nocturnal Animals,” which revolves around a man whose family vacation turns violent and deadly. Susan sees the manuscript as a veiled threat from her ex-husband, for which I used the graphic device of the paper cut to represent in the poster.