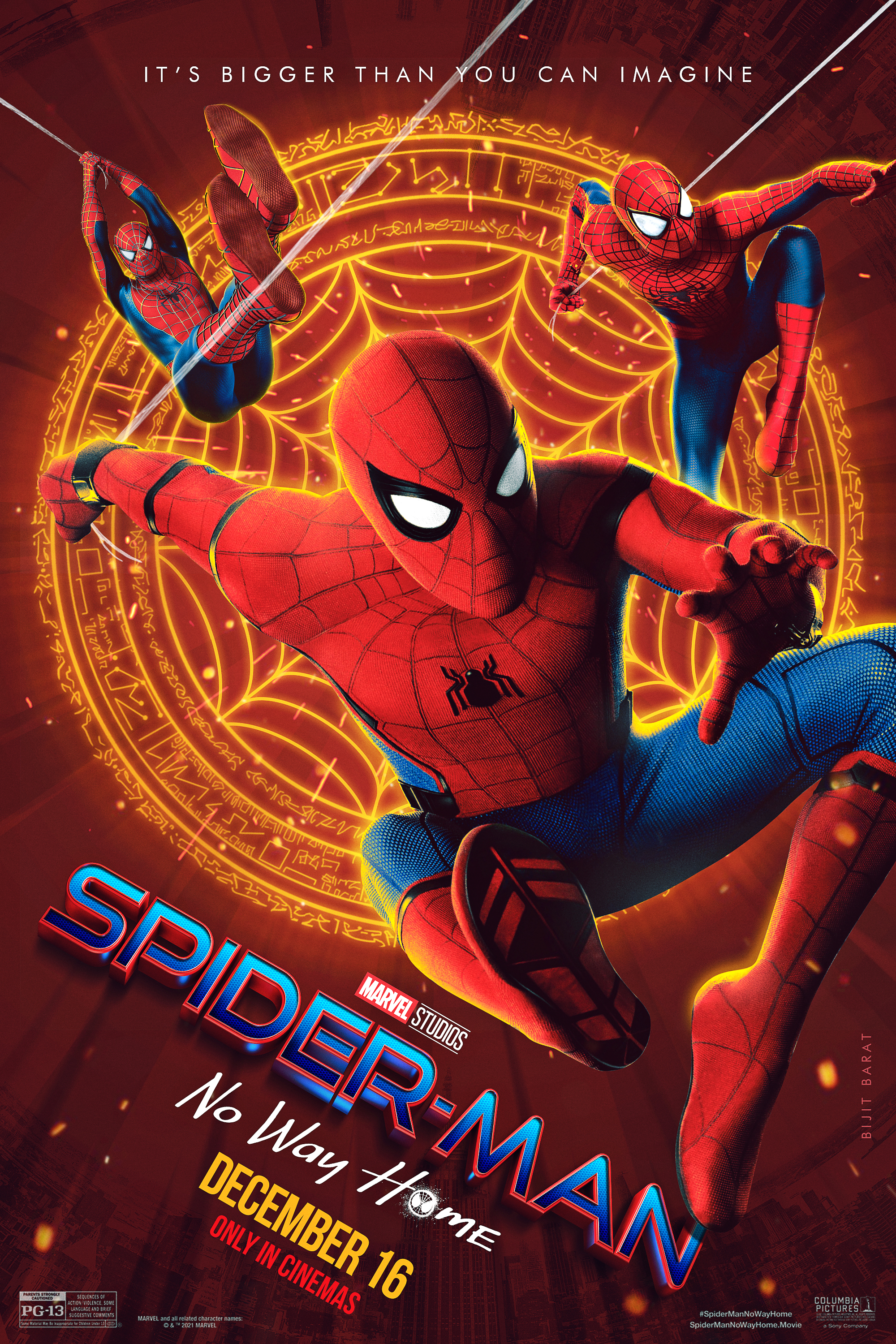 It was 2002 when my father brought a CD of Sam Raimi’s Spider-Man for me to watch. I was nine years old and that was the single greatest cinema I had ever watched. It was fun, it was goofy and it had so much heart in it. The moment it ended, I started reading comics, and it opened a whole new world for me. My obsession with superheroes had begun. Over the years, I’ve watched and read so many heroes. It’s been nineteen years, and I’m twenty eight years old now. But no one has really stood out the way Spider-Man did. He was, and always will be, my favourite superhero. And the day has finally arrived when I get to witness the greatest Spider-Man film that has ever been made. And ya, by now it’s become an open secret that Tobey Maguire and Andrew Garfield are also in the film along with Tom Holland. So, here it is. Presenting my tribute to my favourite superhero – a fan art created for the film, Spider-Man – No Way Home. Hope you guys like it. Share it with your friends and family if you do. See you in the multiverse!