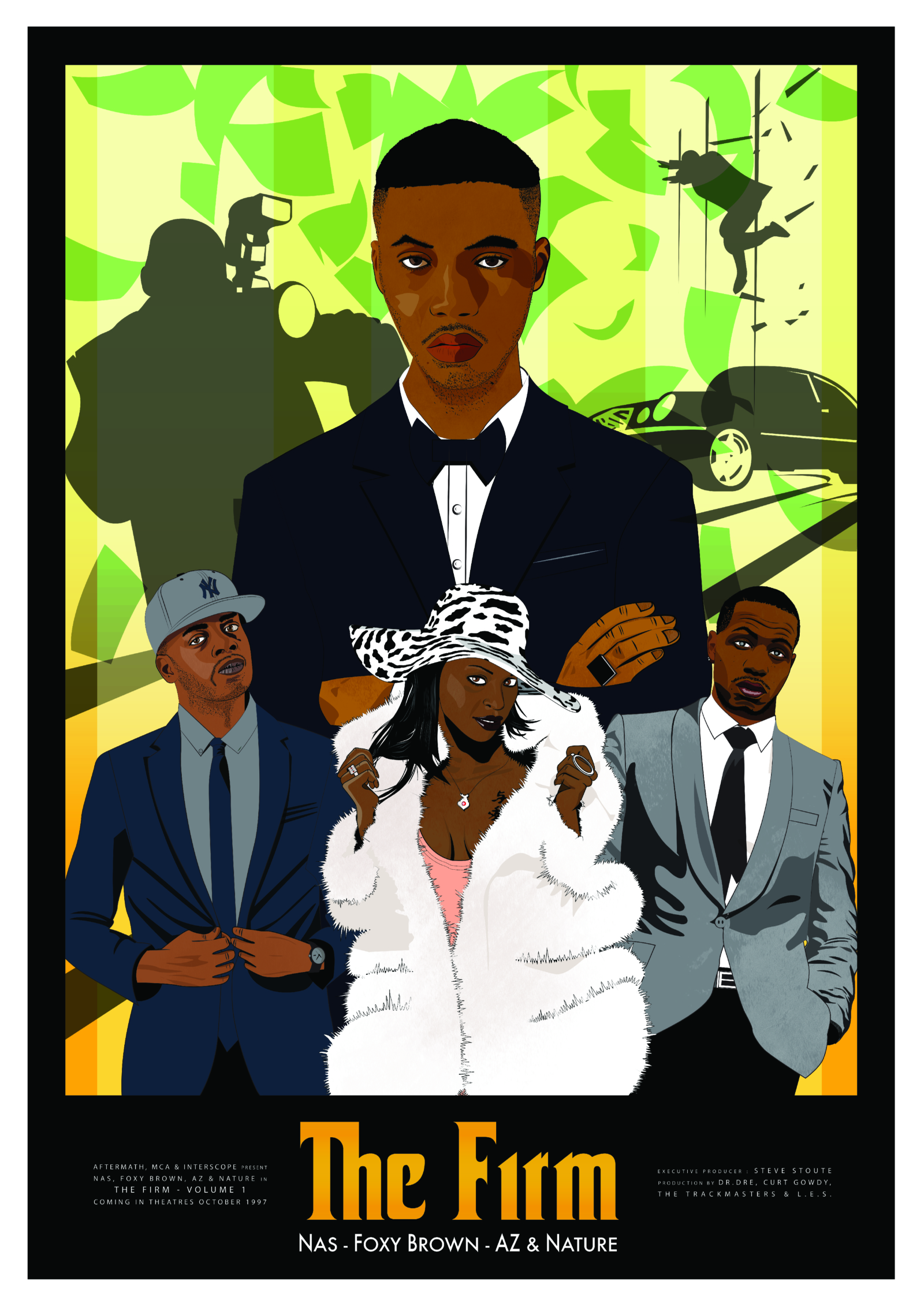 Now I’ve been brainstorming how I could possibly make a good Nas poster for a while, but somehow the ideas weren’t that good i n my opinion. He’s had so many good songs, but to put them on a poster wasn’t that easy in terms of composition. And then it struck me that not only The Firm was a great project, but also it could be one that would totally fit as a movie poster, but also in terms of composition, one where the emphasis could both be on action and pose. From my point of view The Firm album just happened at the exact right time. Nas was in his prime, so was Foxy Brown and the music/ production had not yet left its 90s trademark. Actually I remember being a big fan of this LP because the violins just happened in Rap, and those from the Firm Fiasco and Executive Decision were really clicking on me. Although the project was short-lived, it remains a very good one and one that you might possibly see another one coming someday. Or at least hope for…