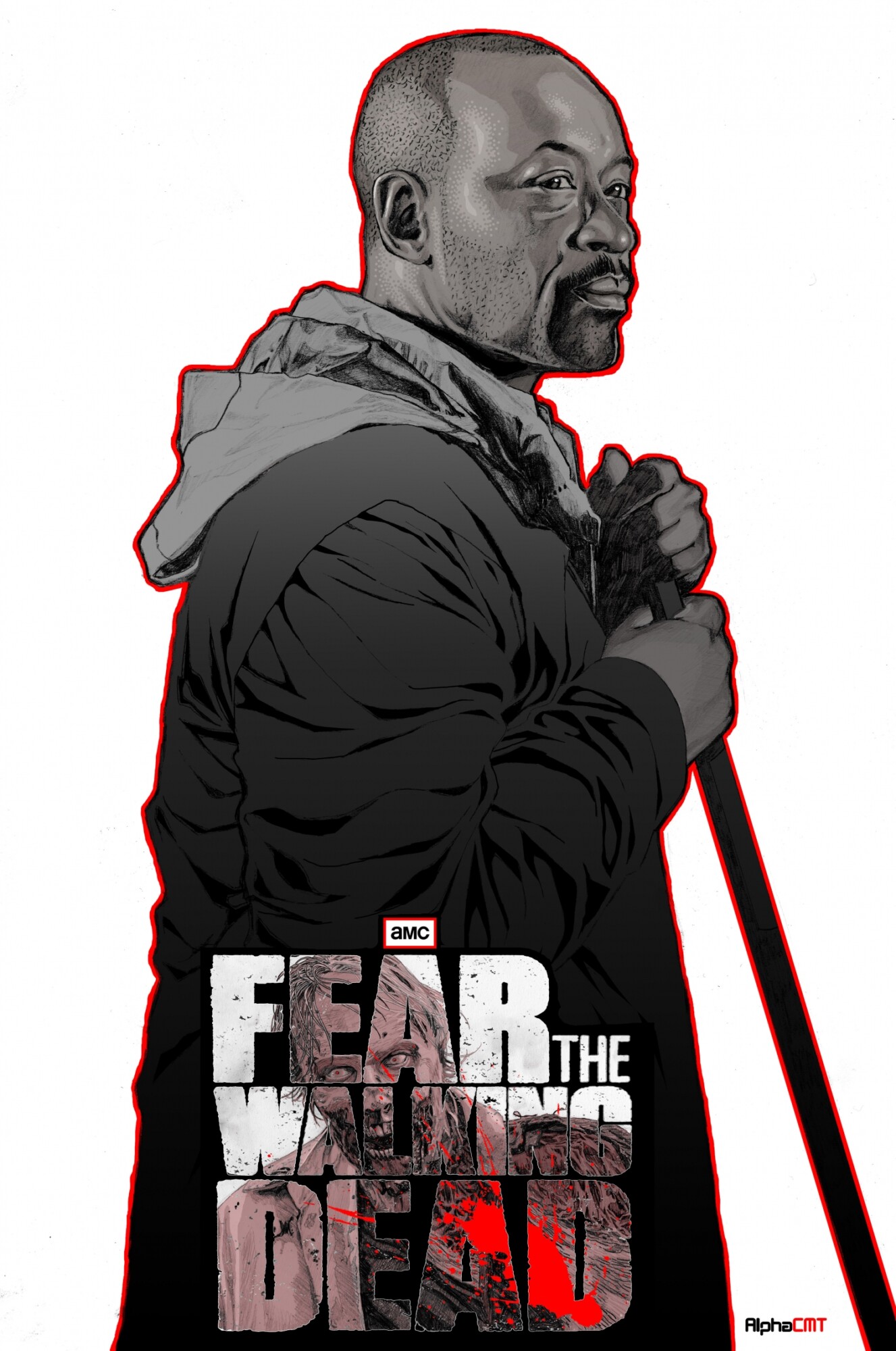 My poster celebrates the character Morgan [ Lennie James ] joining the cast of FEAR THE WALKING DEAD. The illustration conveys a lonely barren starkness that has enveloped the southwestern dessert and the threat that forever looms in the form of the undead infected. As a counter, Morgan exhibits a maturity and a Zen-like aura. I convey Morgan’s Zen calm in his portraiture, making sense in a insane new world.