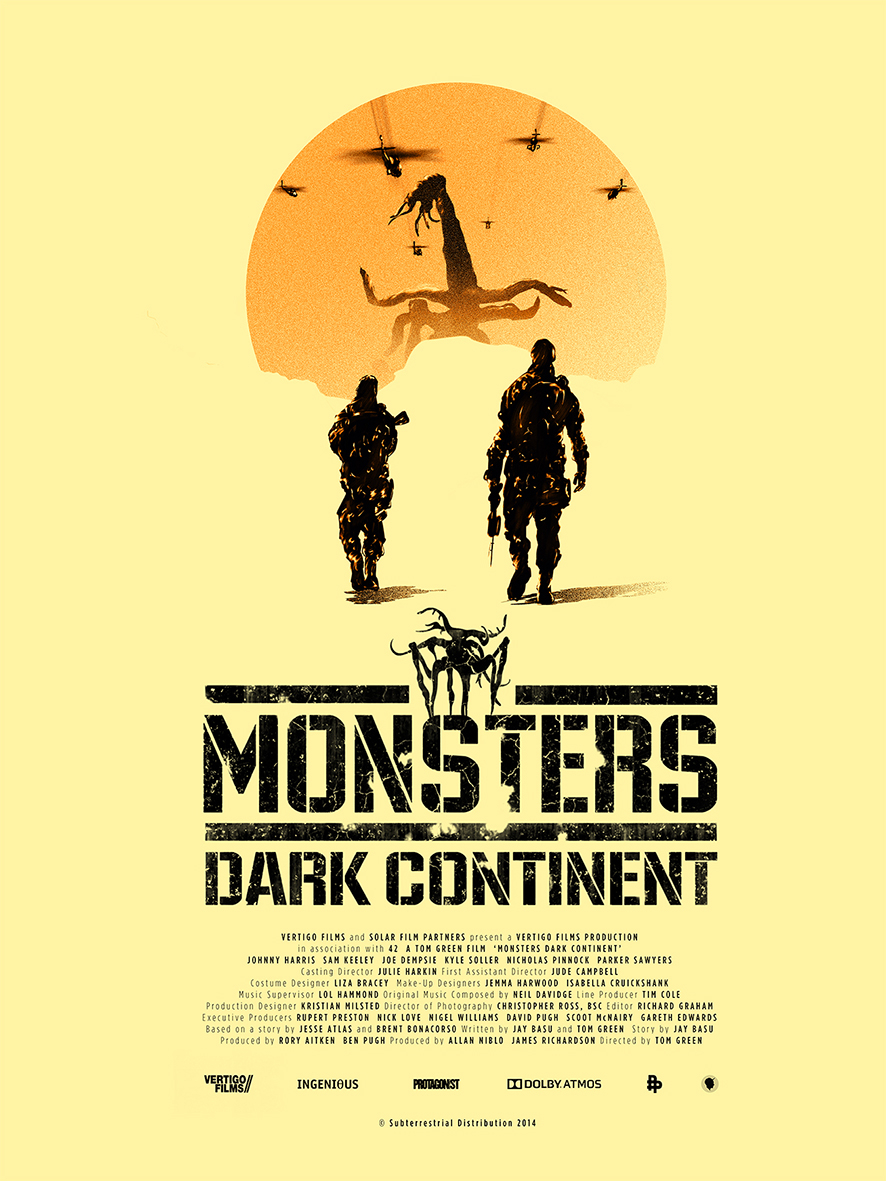 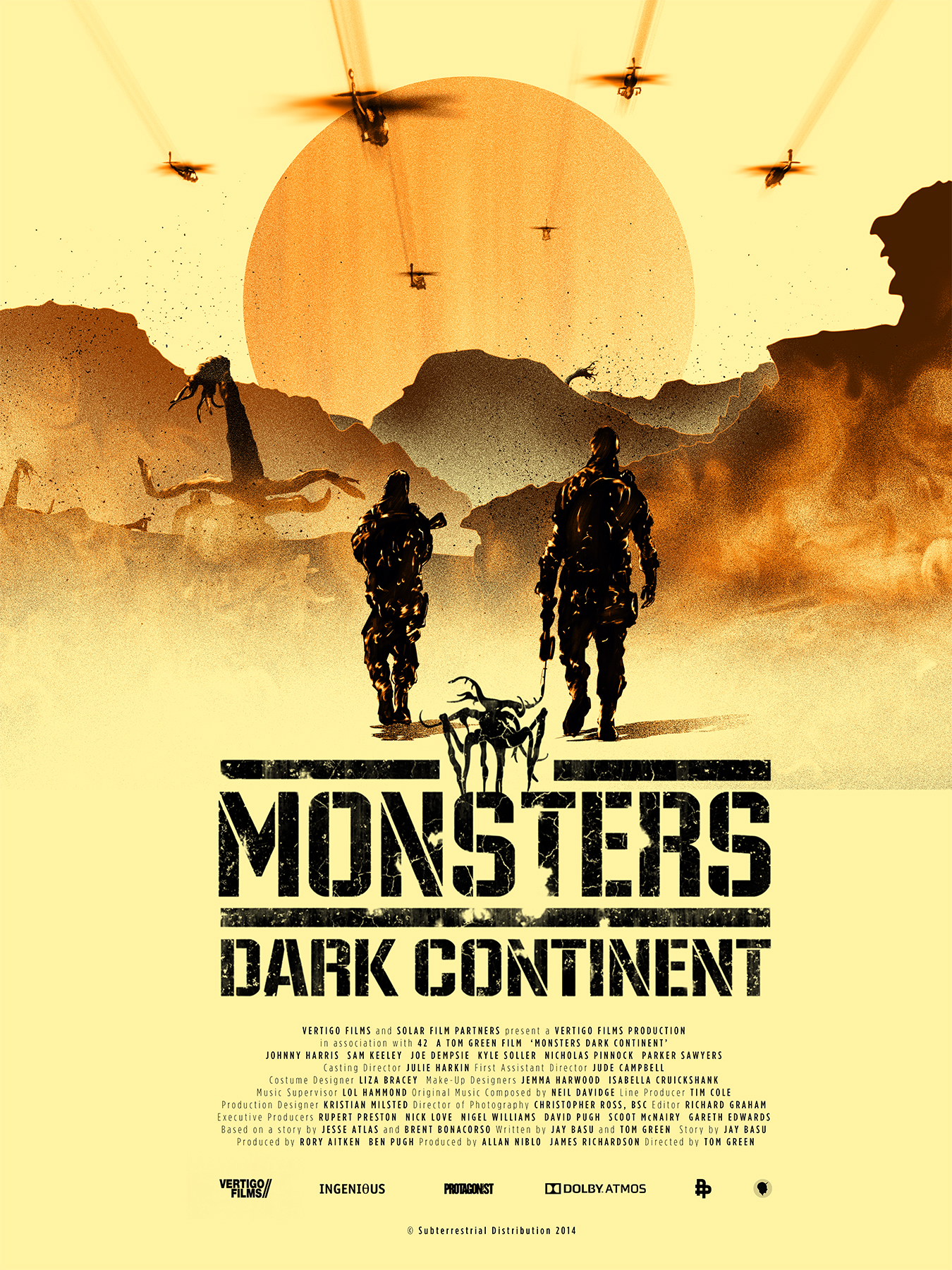 Back in 2010, Gareth Edwards released his directorial debut with the phenomenal, sci-fi monster flick, “Monsters.” The film takes place years after a NASA probe, carrying samples of an alien life form, crashes in Mexico which led to the arrival of gigantic, destructive, tentacled monsters. Next month, director Tom Green gives us the sequel, titled “Monsters: Dark Continent.”

The Poster Posse has officially partnered with Vertigo Films to help promote this one and here are my two prints for the project, hope yuou like them