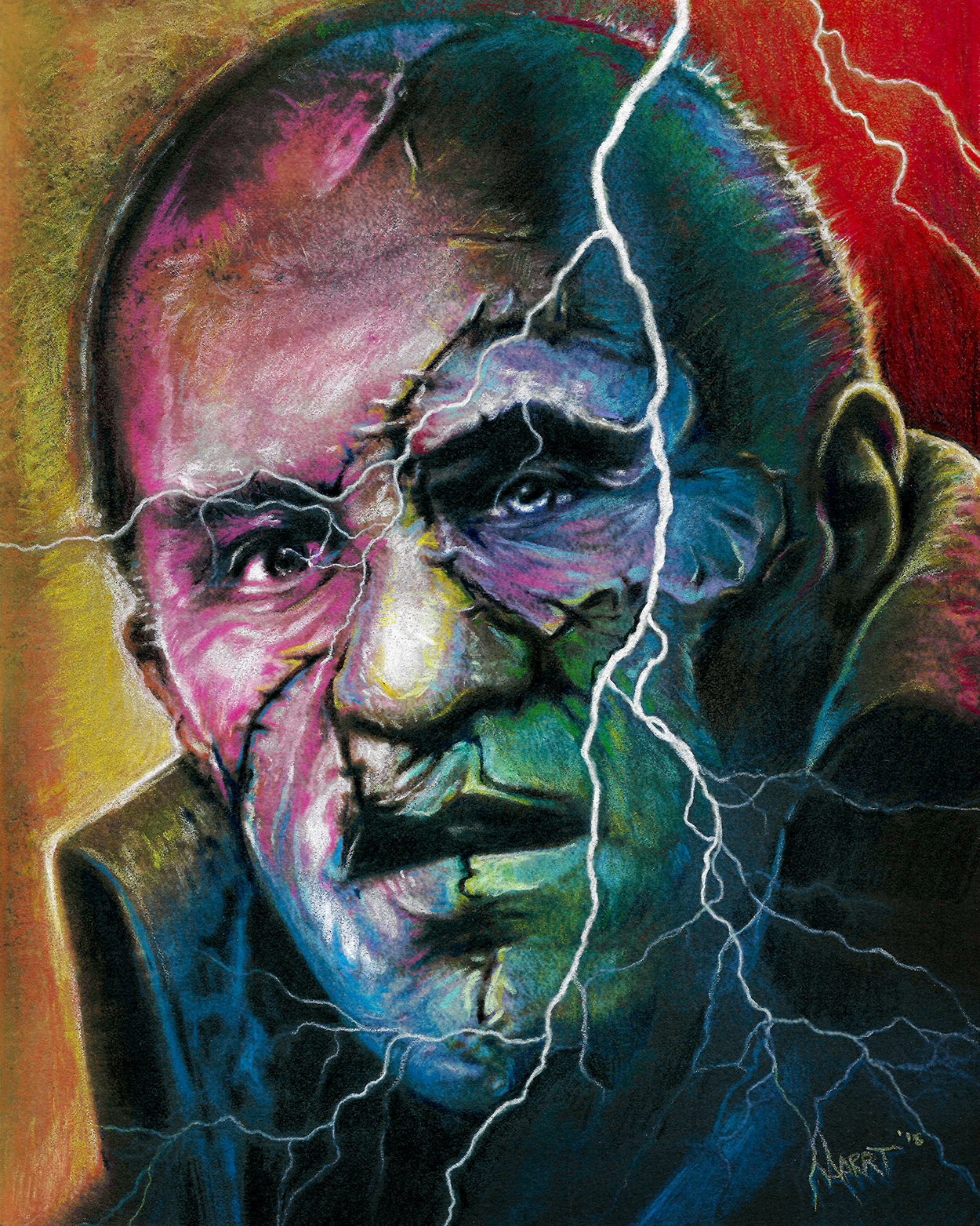 I was invited to be one of the 200 artists paying tribute to the monster on his 200th Anniversary. The Corey Helford Gallery and curator CHOGRIN hosted a amazing collection of work for their FRANKENSTEIN 200 show. September 2018.

I wanted to portray my favorite monster played by Robert De Niro in 1994’s Mary Shelley’s Frankenstein. Directed by Kenneth Branagh. I also wanted to do an homage to horror artist Basil Gogos and his use of striking primary colors.