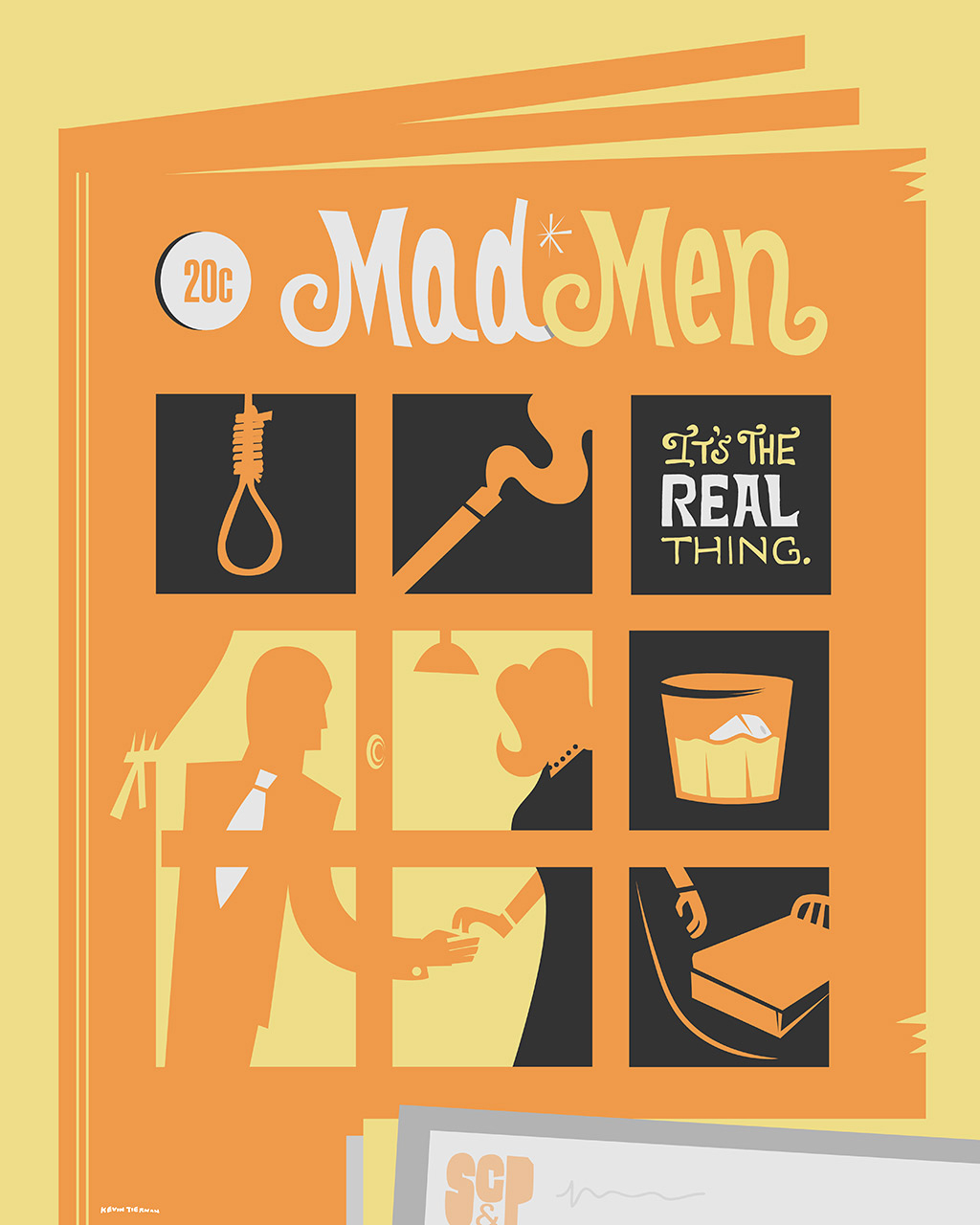 My tribute to AMC’s Mad Men, which wrapped up its run in 2015. I’ve been catching up with the show on Netflix. I wanted the title to pay tribute to the 1960’s, so I referenced several typographical styles of the period. For the “it’s the real thing” Coca-Cola slogan, I illustrated the lettering by hand and scanned it into Photoshop and Illustrator. Each block represents an important aspect of the show. Since Mad Men centers around an advertising agency, the poster takes the form of a magazine.