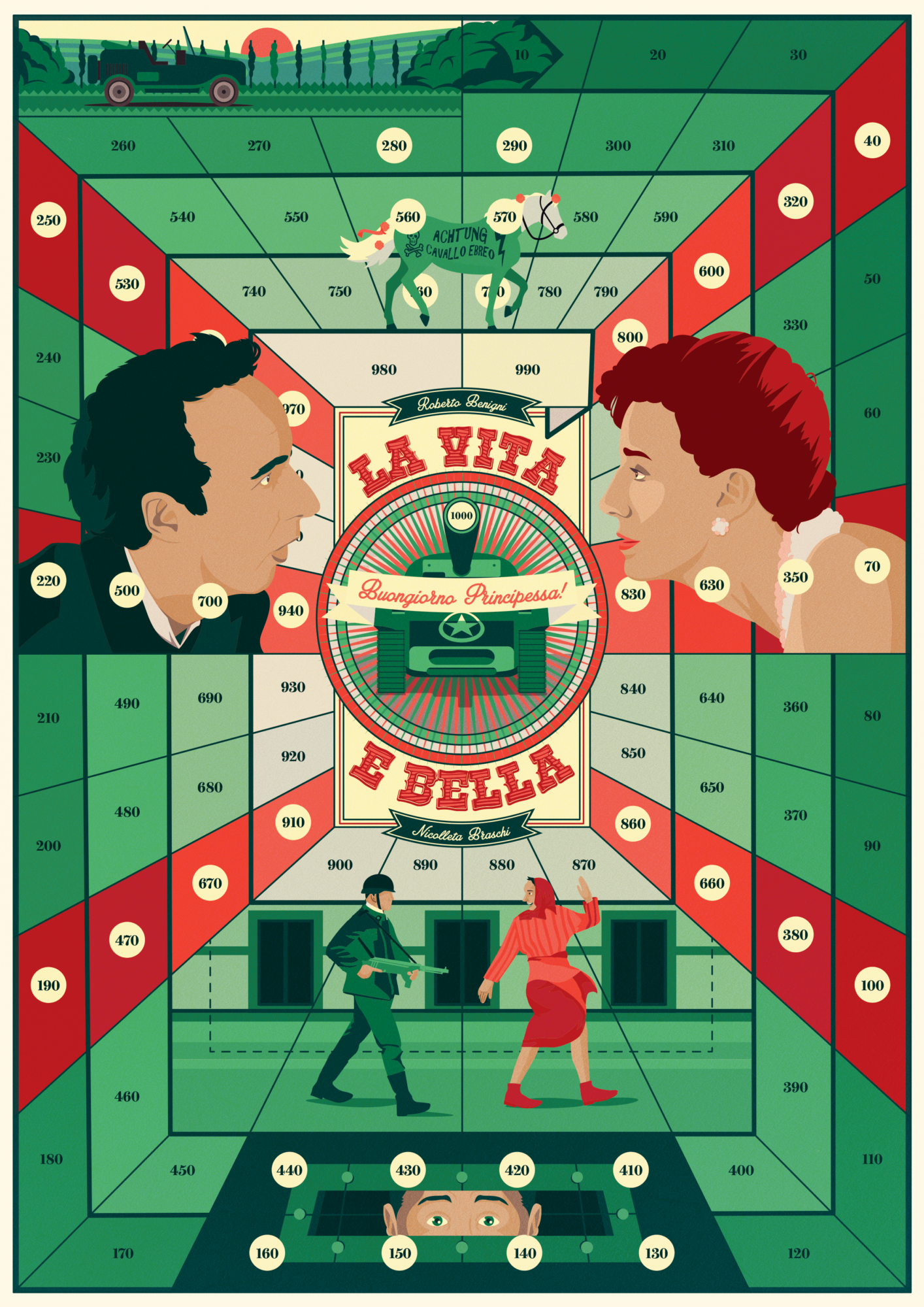 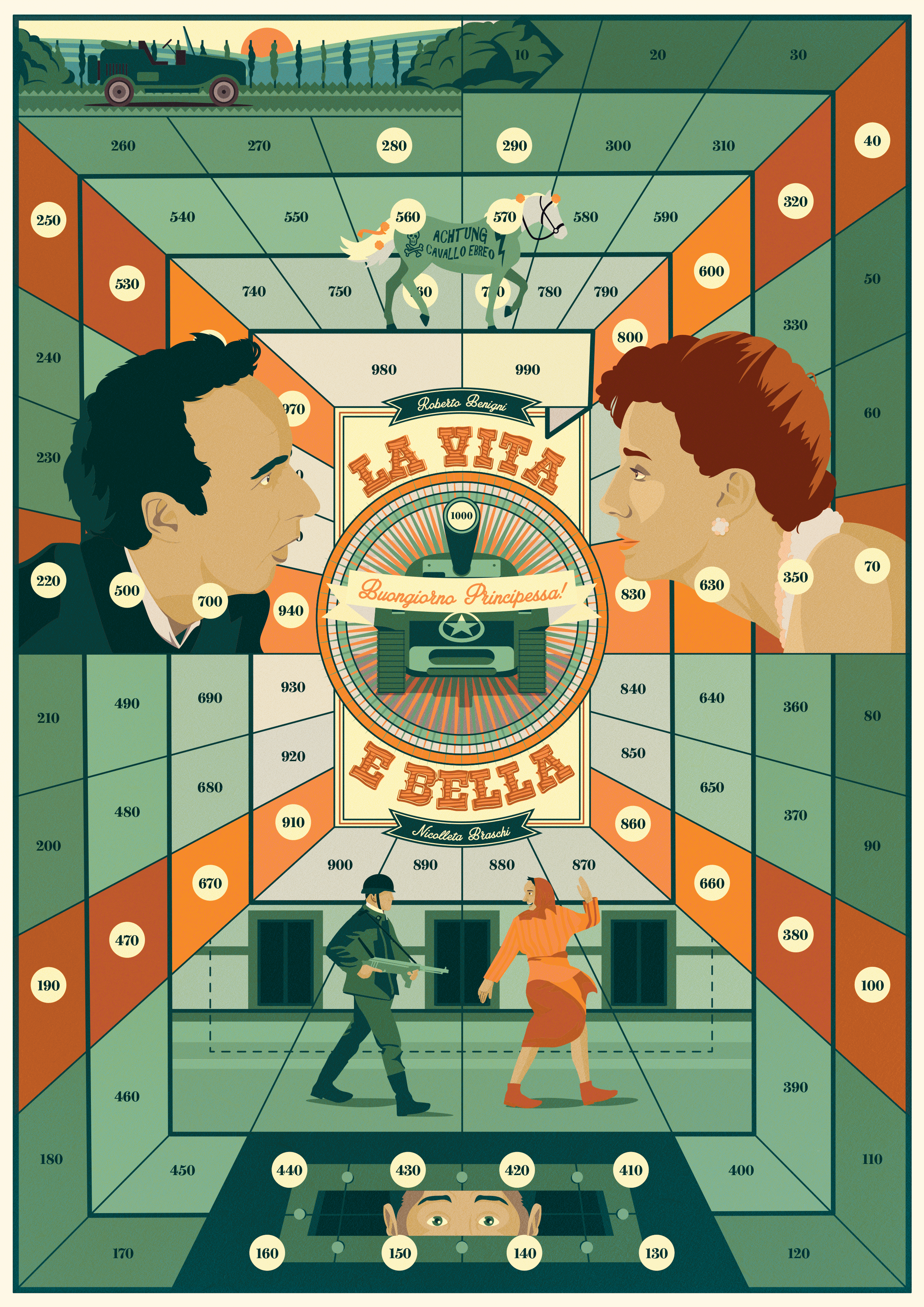 Life Is Beautiful (Italian: La vita è bella) is a 1997 Italian comedy-drama film directed by and starring Roberto Benigni, who co-wrote the film with Vincenzo Cerami. Benigni plays Guido Orefice, a Jewish Italian bookshop owner, who employs his fertile imagination to shield his son from the horrors of internment in a Nazi concentration camp. The film was partially inspired by the book In the End, I Beat Hitler by Rubino Romeo Salmonì and by Benigni’s father, who spent two years in a German labour camp during World War II.