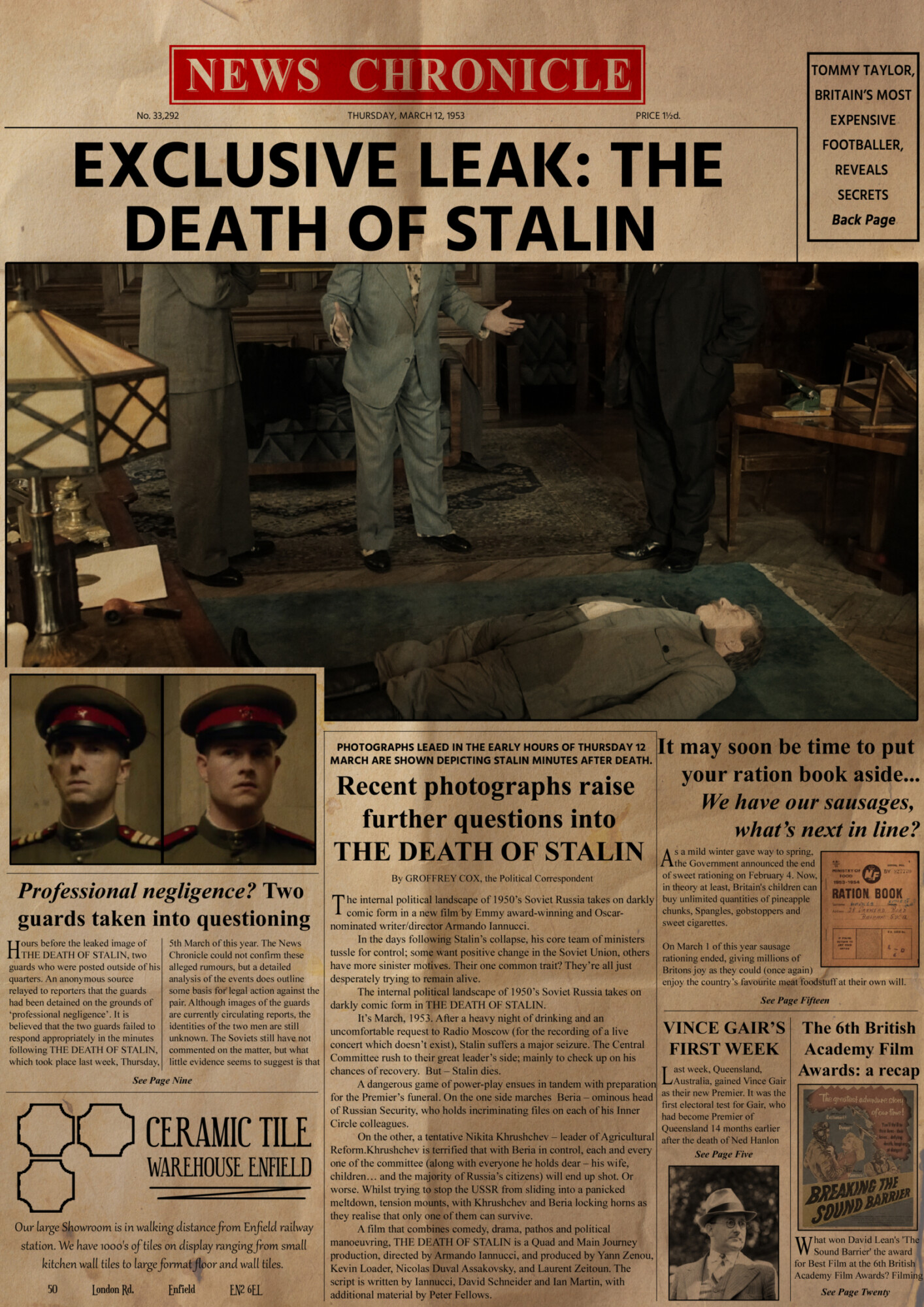 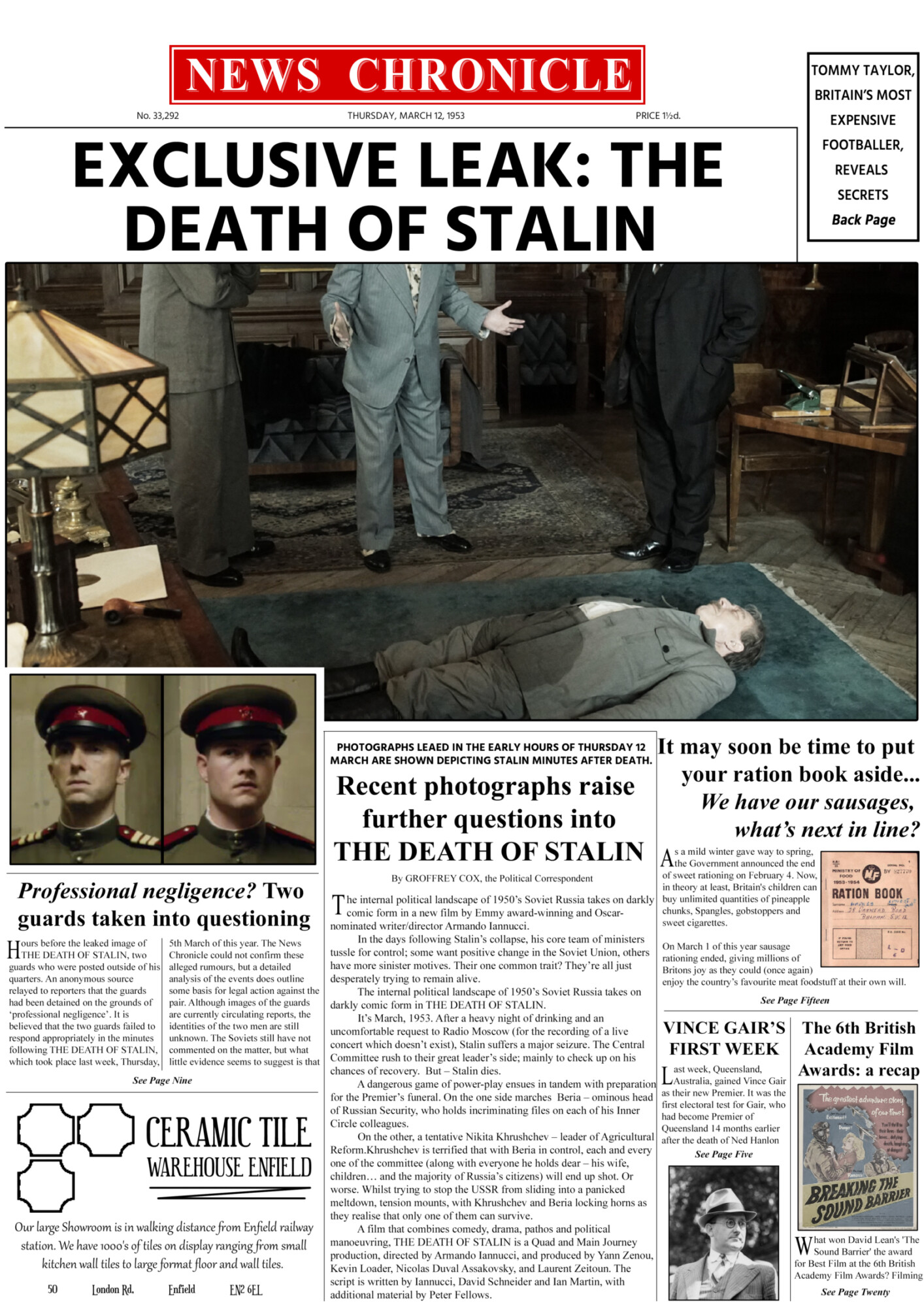 Let’s say, hypothetically, the film is accurate. I tried my absolute best to put myself in the shoes of someone in 1953, and thought of how I would hear of this event. Most obviously, it would be the news. So, naturally, I looked up newspapers which were around in the 50s and picked one which is no longer floating about (because let’s say I do win, you can’t get in trouble for it). I’ve tried to make it as close to the real thing as possible. You could look up the newspaper and see it differently, but if you find copies from 1953 you’ll see how I’ve got it accurate from the colour of the masthead to the little tile shop advert in the corner. The other news stories are also relevant to the time, just to add to its disingenuous authenticity. I don’t have much else to say about it. I just came across your brief, watched the trailer and listened to a few podcasts with Armando Iannucci in them (by coincidence). It’s for you to judge, I’d even love some feedback if I don’t. You just don’t see anything like this marketing films. Stick it up in the cinema, I imagine it’ll get some attention. The curiosity and intrigue, when driven by something which is different to what we are used to, can be make the text more memorable…