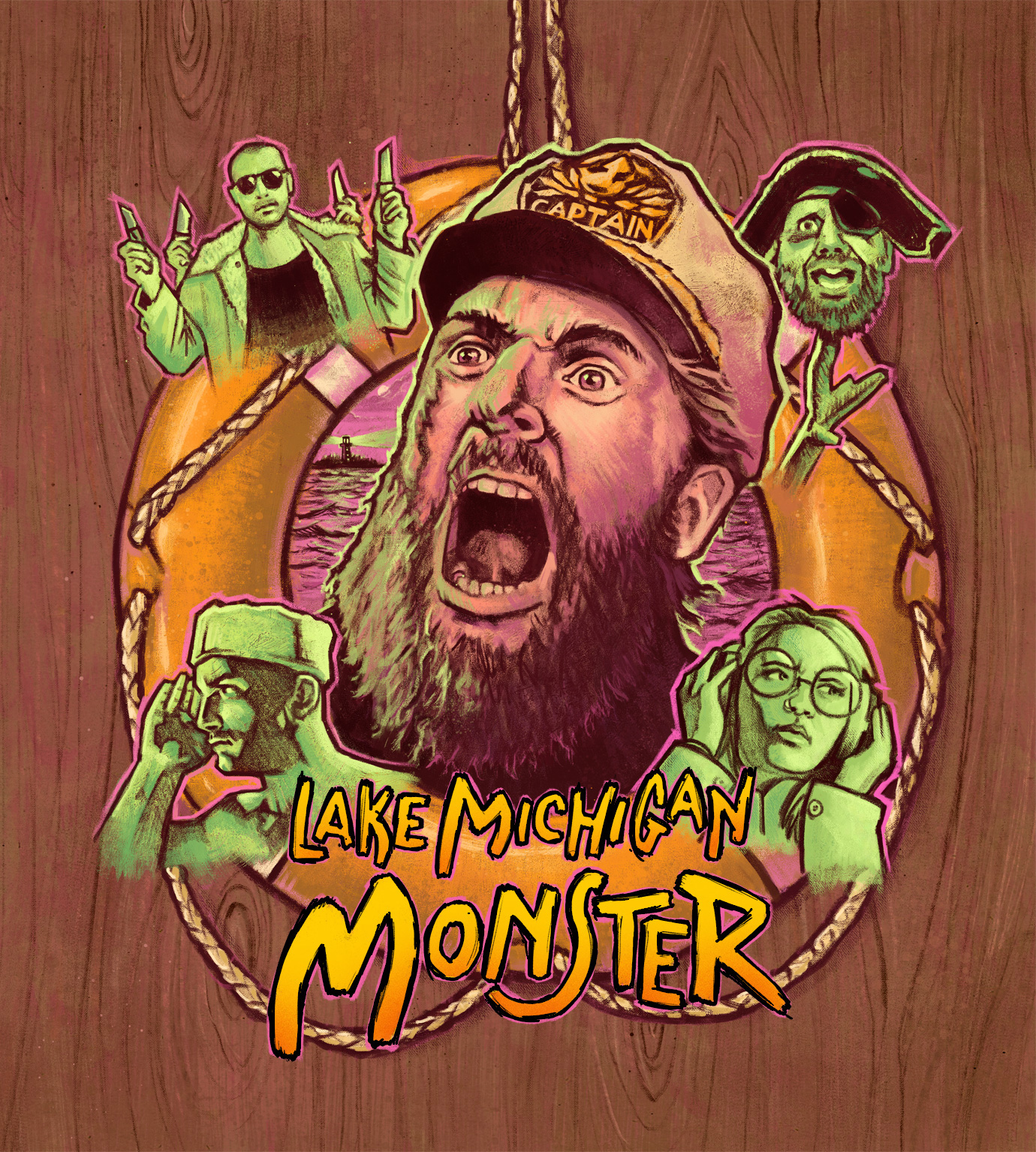 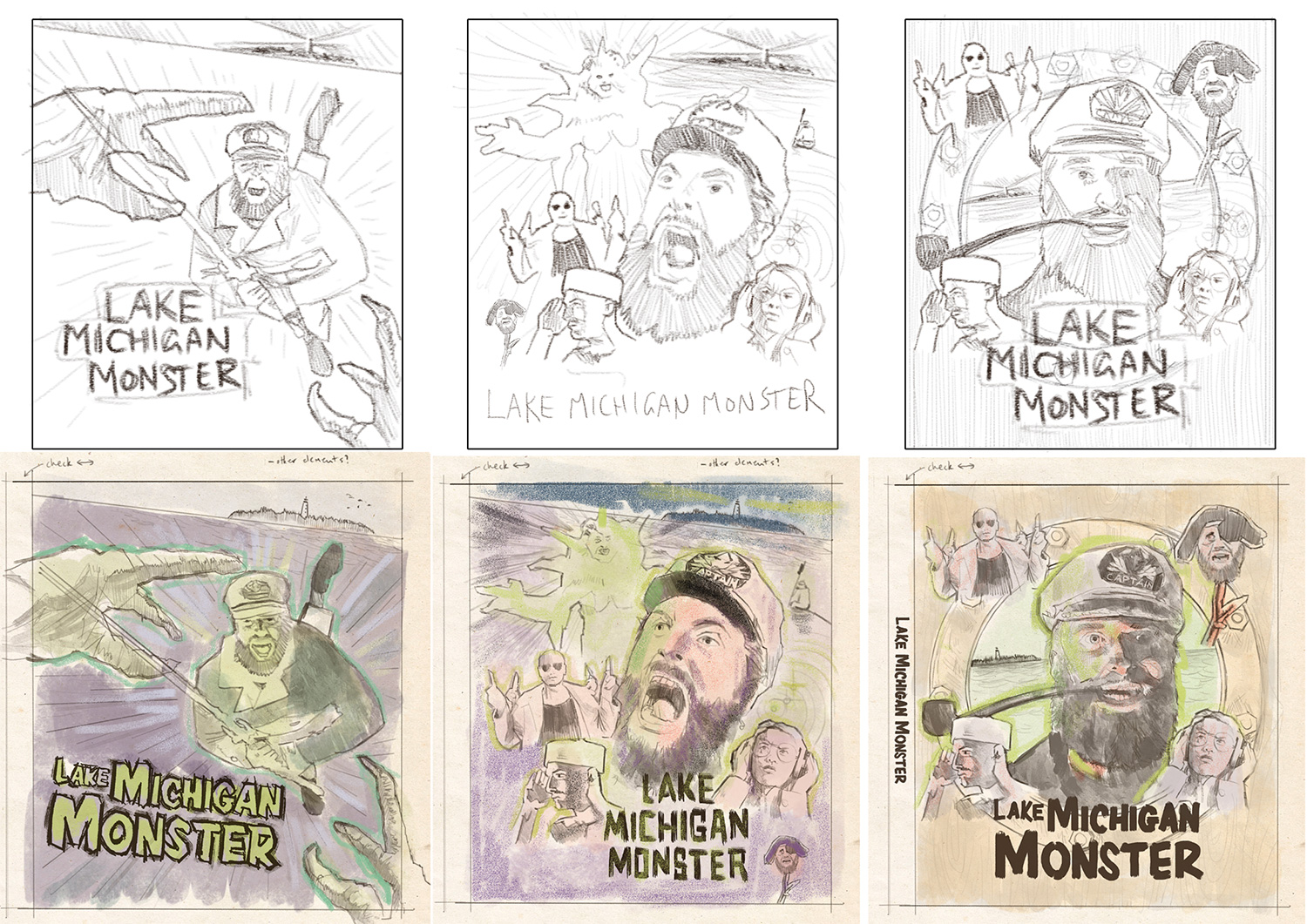 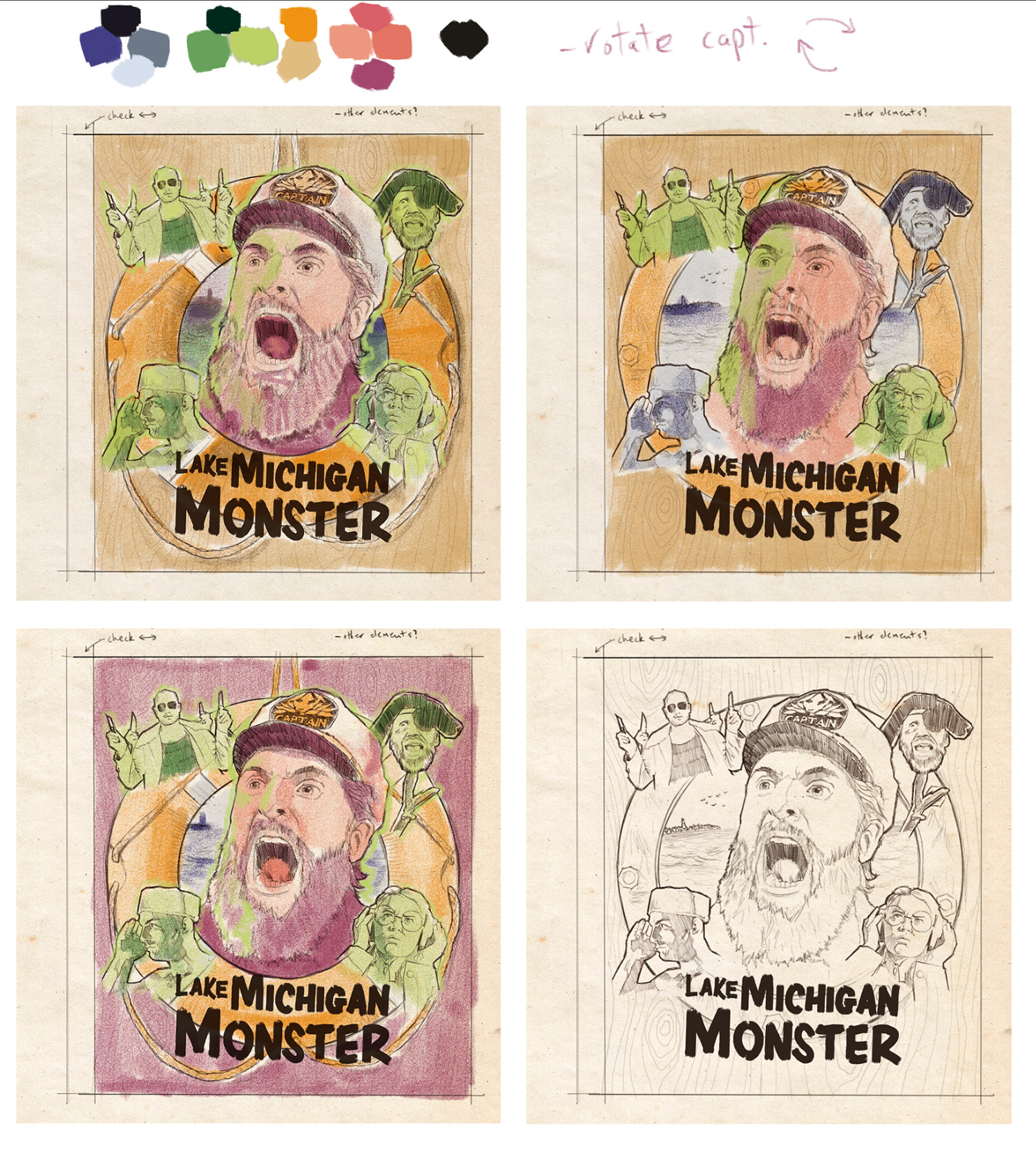 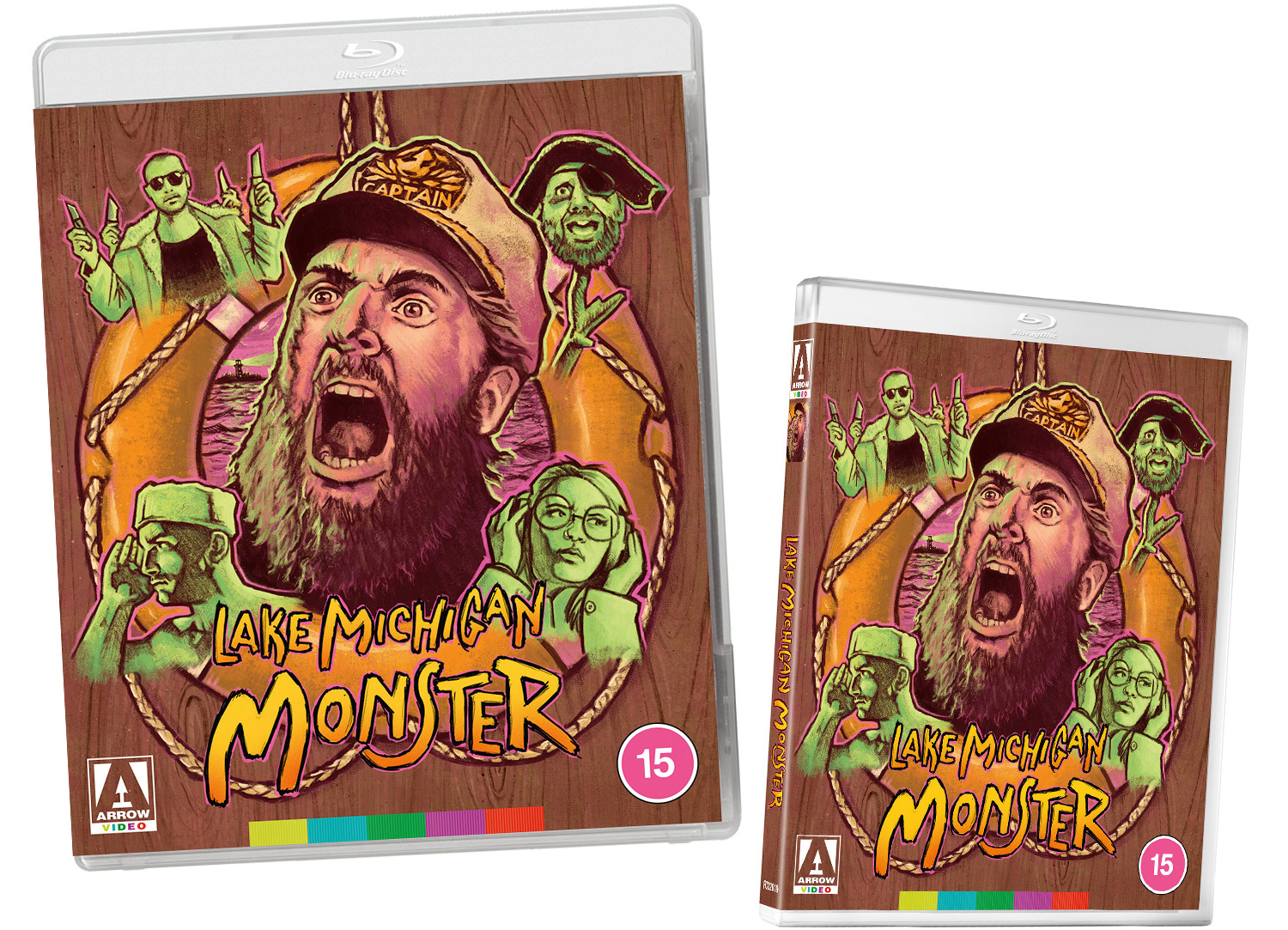 I was lucky enough to be asked by Arrow Video to create this illustration for Lake Michigan Monster, which is a kind of modern day B-movie monster film written by, directed by, and starring Ryland Brickson Cole Tews. I had previously entered a cover contest at Arrow Video for the film Harpoon, and so they were aware that I could illustrate in this painterly way which they felt would work well for this film.

It was an excellent experience creating this piece and I hope it leads to more work with Arrow Video as they were great to work with.