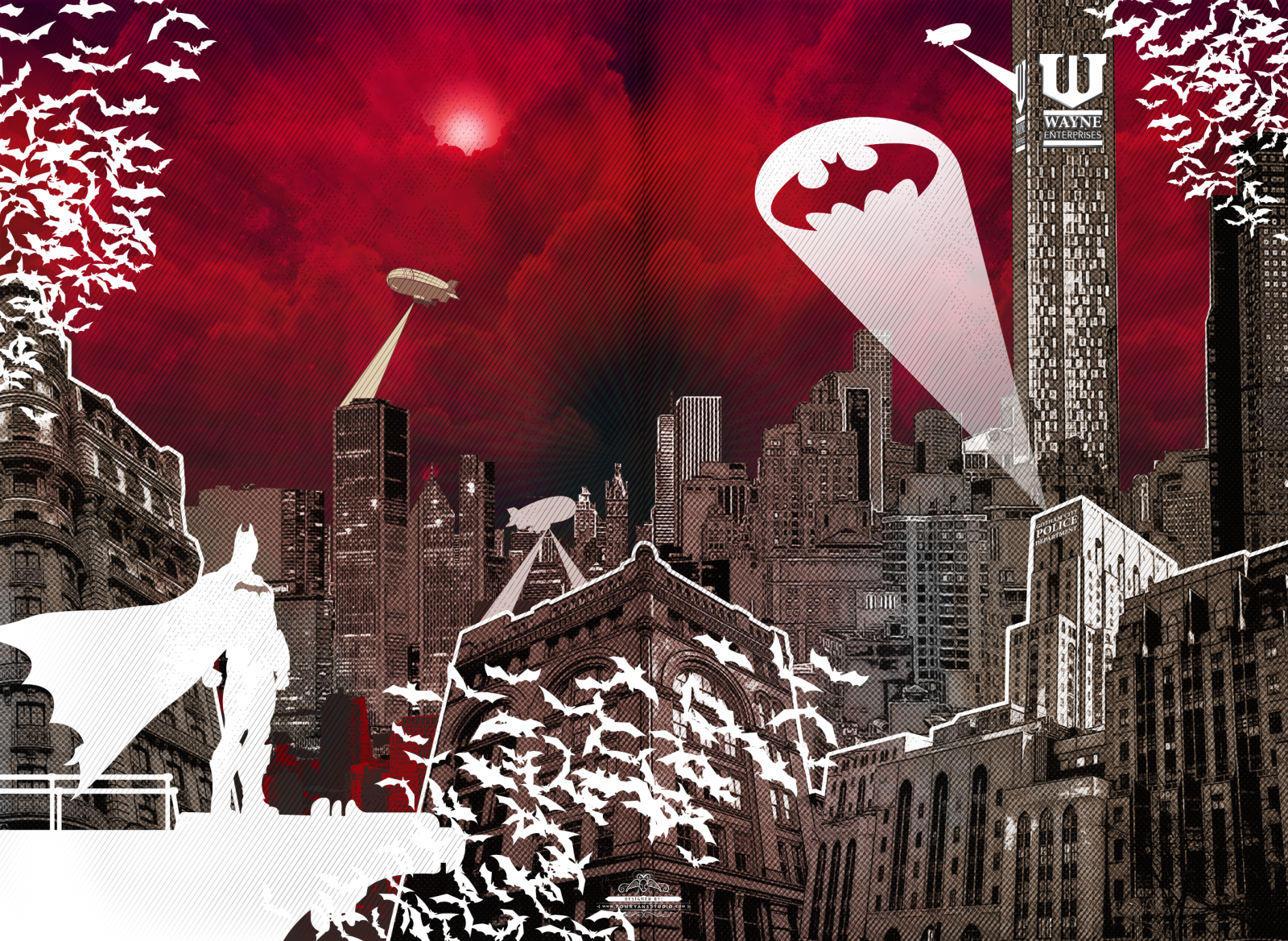 Gotham City is Bat-Man’s home turf. He will protect the city with all his might. Own a truly stunning depictiction of the caped crusader’s home town today! Gotham City, Bat- Man’s home turf. Writer Bill Finger, on the naming of the city and the reason for changing Batman’s locale from New York City to a fictional city, said: “Originally I was going to call Gotham City ‘Civic City.’ Then I tried ‘Capital City,’ then ‘Coast City.’ Then I flipped through the New York City phone book and spotted the name ‘Gotham Jewelers’ and said, ‘That’s it,’ Gotham City. We didn’t call it New York because we wanted anybody in any city to identify with it.” – Courtesy of Wikipedia © Tom Ryan’s Studio 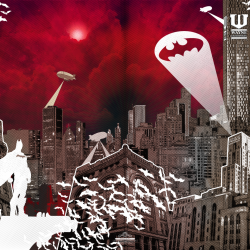