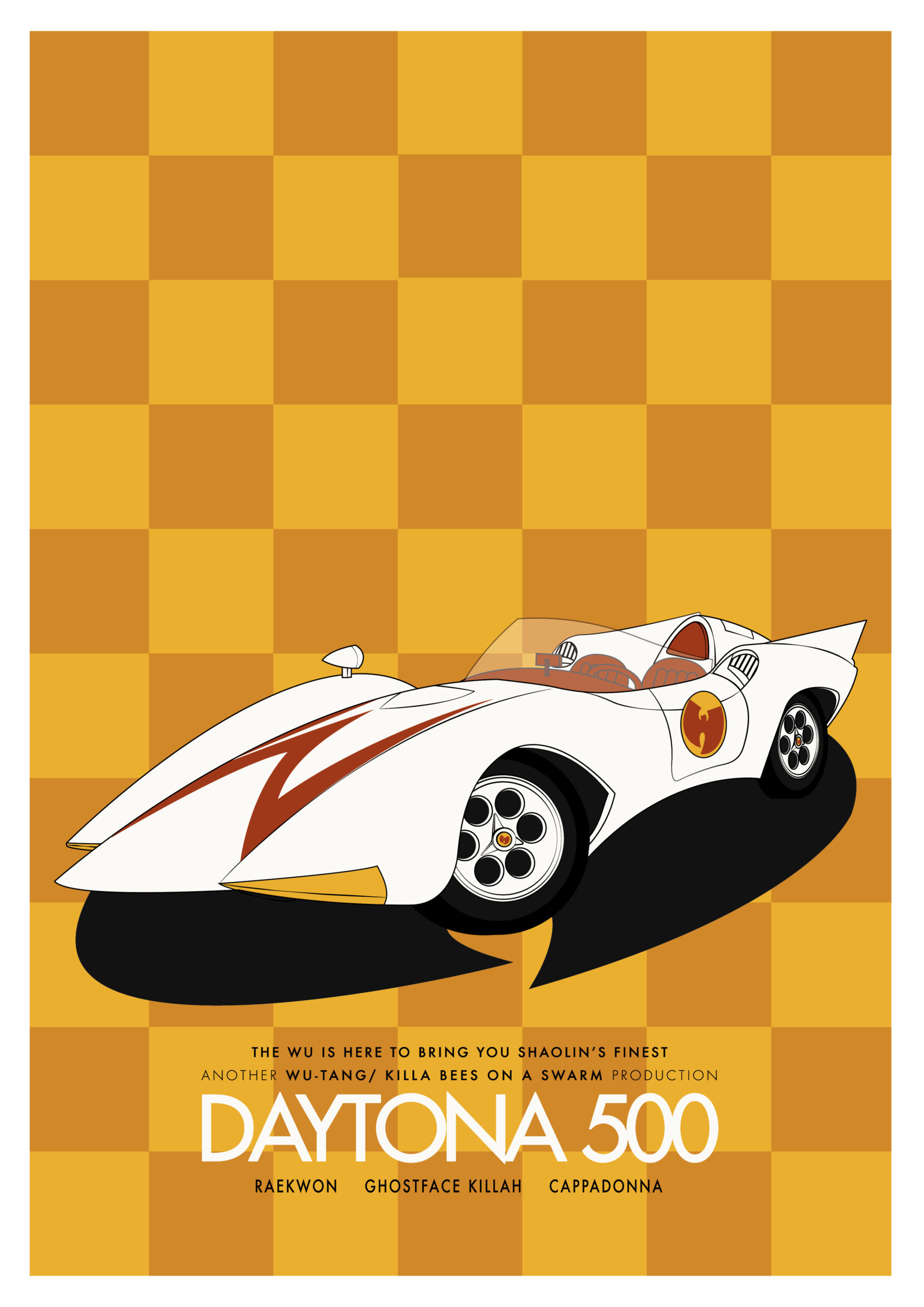 Shades of Blue Prints
1 followers
Log in to Love Share
curatethedope and 1 others
Users that love this poster:
avenoir
curatethedope

Follow up to my Hip Hop classics series, and continuing with my Wu-Tang solos prints, I wanted to pay tribute to one of the most graphic song and video the group’s done. Ghostface Killah is a beast, and quite the most prolific of the clan. His albums are always different, always on point lyrically and with great soul instrumentals. On Daytona 500, which is already is a great idea for a song, Ghostface took for his video some of the Mach GoGoGo, a japanese anime based on the race cars circuit. Very relevant as the checkered flag used on the race cars is just like…a game of chess! Couldn’t be any more Wu-Tang than that! The Mach 5 shown here is the one on the video, except with Wu-Tang logos on the rims and shadow, and a big W instead of the M…