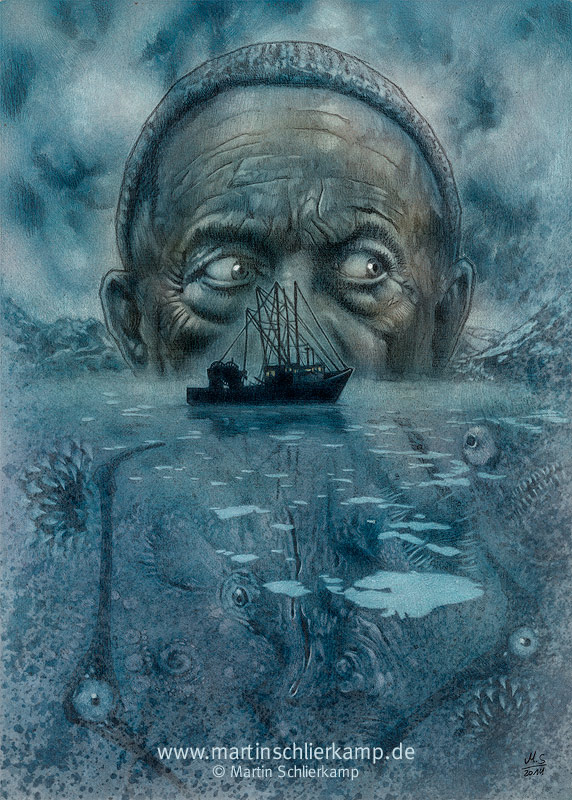 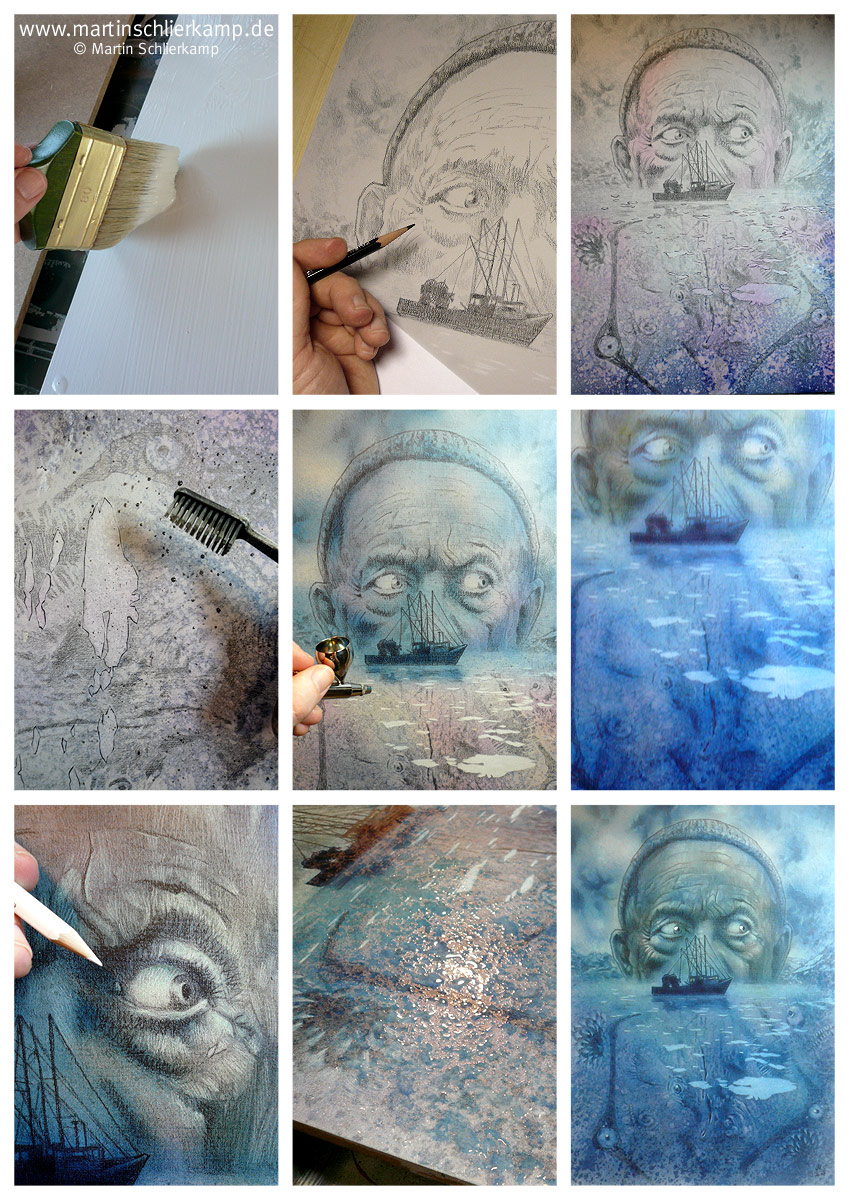 An homage painting to the practical effects horror movie “Harbinger Down” (2015), produced by Studio ADI and directed by Alec Gillis. I loved the idea of this crowdfunding project, bringing back practical effects work with style, after Studio ADI’s remarkable effects work for “The Thing” (2010) had been digitally altered, to the frustration of many fans of John Carpenter’s classic movie from 1982. All I knew about the project at the time I painted this was that it was about a “The Thing”-like terror waiting in the arctic ice to threaten the crew of a small fish trawler. And that Lance Henrickson would be involved. There were also a few very early creature designs. This is were this layout originated. Airbrush acrylics and colored pencils on 13,78″ x 19,69″ MDF hardboard panel.