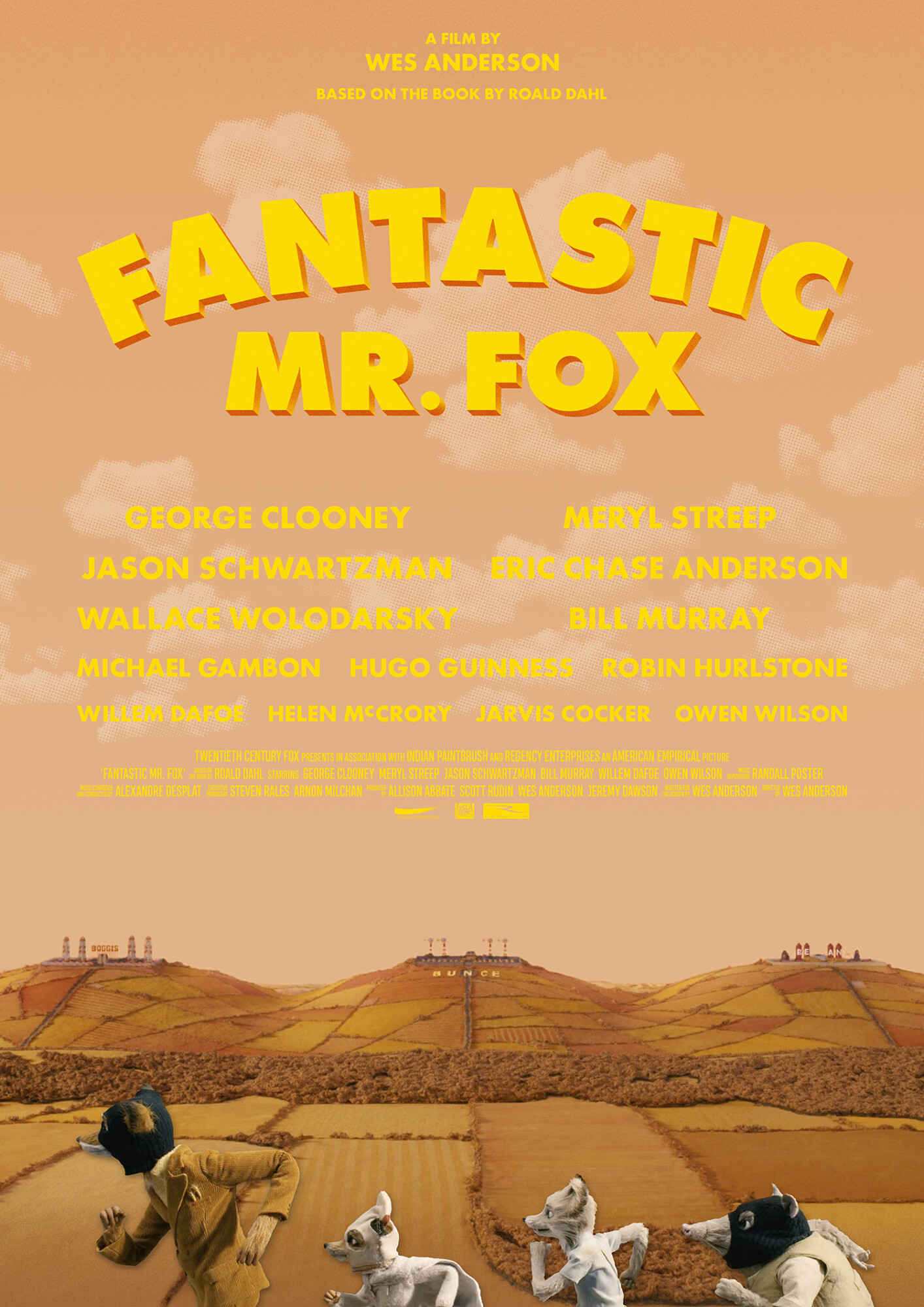 Fantastic Mr. Fox is a 2009 stop motion animated comedy directed by Wes Anderson, who co-wrote the screenplay with Noah Baumbach. The project is based on the 1970 children’s novel of the same name by Roald Dahl.