Another Round (Danish: Druk) is a 2020 Danish-Swedish drama film, directed by Thomas Vinterberg, from a screenplay by Vinterberg and Tobias Lindholm. It stars Mads Mikkelsen, Thomas Bo Larsen, Magnus Millang, and Lars Ranthe. The official theme song of the film is ‘What A Life’ by Scarlet Pleasure.

It had its world premiere at the Toronto International Film Festival on 12 September 2020. It was released in Denmark on 24 September 2020 by Nordisk Film. 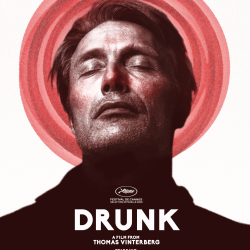