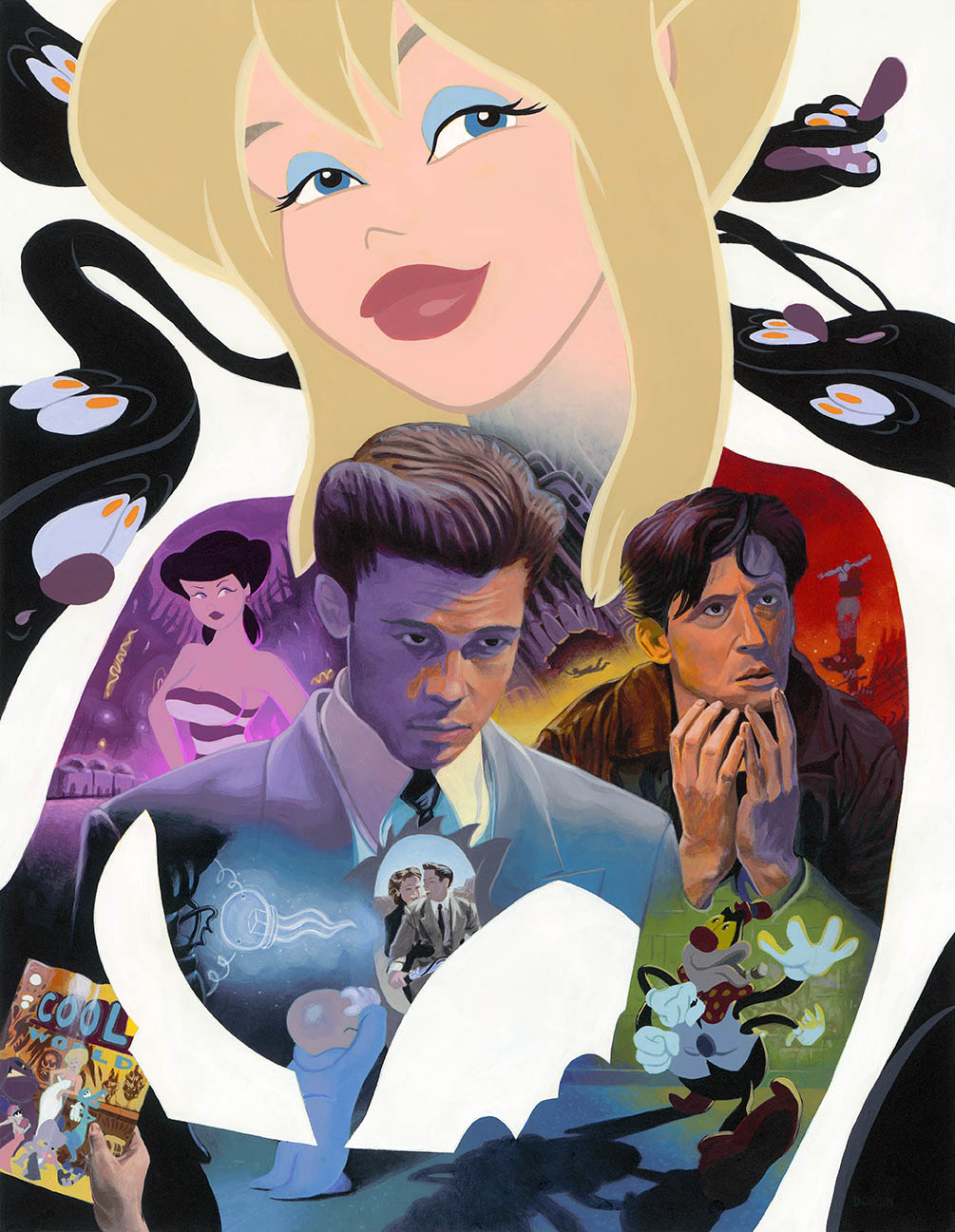 A tribute painting for the 1992 film Cool World! I’ve had sort of a quiet obsession with this Ralph Bakshi directed live action & animated film for years. Largely due to the art direction, most notably the phenomenal backgrounds in the film helmed by Barry Jackson. The story is about a cartoonist who is pursued by a comic book bombshell he created that’s determined to join the real world. You can read all about the production of the film online, but basically, due to studio interference, Ralph was unable to make the movie he truly wanted.

I always thought the movie was deserving of a stronger theatrical poster because the visuals were so imaginative. So I sought to paint the poster for this film I always wanted to see.

The manipulative femme fatal, Holli Would, makes up the majority of the composition. (If you’ve never seen the movie, she may look familiar to you as the character is very popular with cosplayers.) The negative white space of her décolletage brings back her silhouette into the image. I referenced colors used in the film and wanted them to be very saturated to contrast the naturalistic colors appearing in the portal of the real world. I restrained rendering on the animated characters to contrast the human actors. Original is 14″x18″, acrylic on panel.

DISCLAIMER: I am not affiliated with, nor was I commissioned by Bakshi Productions or Paramount Pictures to produce this image. It is not officially licensed imagery. Therefore, I do not have legal rights to sell reproductions of it. (Unless arrangements are made with the copyright holder.) This was simply just a passion project I took on as a fan of the film.