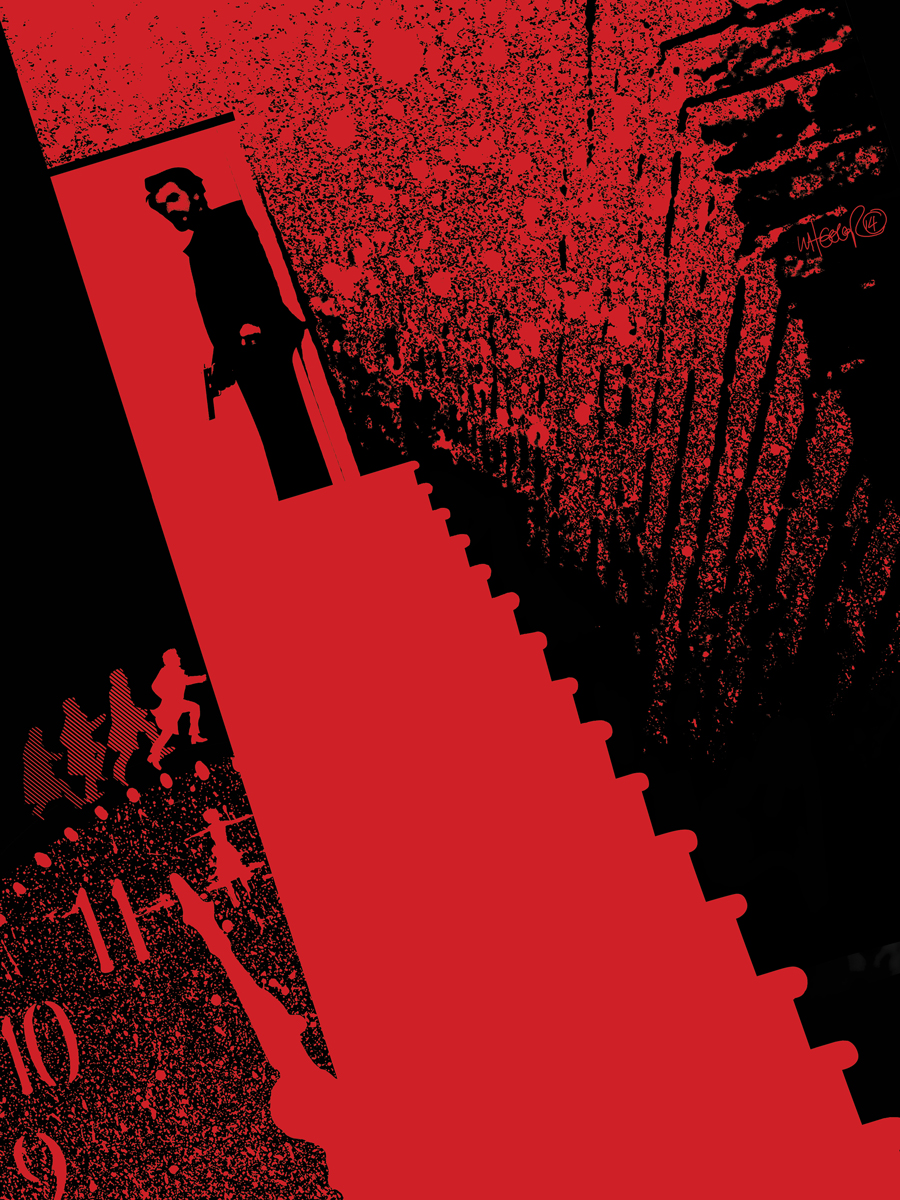 My piece for Hero Complex Gallery’s I Am The Law / Life of Crime art show celebrating Carlito’s Way, a favorite flick of mine. The art is based on a pivotal scene when Benny Blanco left alive by the former smack kingpin of the streets, Carlito Brigante. As reformed businessman stares down his old self in a seedy red stairwell and lets the young punk from the Bronx live, he unknowingly makes the one decision that will hault his clock as it ticks down to paradise. In the end, he almost gets there, and you want him to so bad that it hurts. That’s Carlito’s Way. That’s Carlito’s Journey. He cares about his friends. He loves dancing. Loves to tell off dudes while eatin’ steak. He loves Gail. He loves the idea of paradise and leaving everything behind. You want him to so bad. And then you remember that the film started with him on the gournay, so that’s where it must end. Carlito’s Way, man. Too damned good.

The art started as a piece in 2008. It didn’t get too far. Included on my Behance page are some of the earliest incarnations when I was feeling out what to do with the stairwell image. It sat for six years as other projects came and went, reminding me every once in a while that my work wasn’t finished. In prep for the Hero Complex show, it was picked back up again. This time a more graphic approach was taken, clean & rough at the same time. The clock was added to reference Carlito’s race against time in his pursuit of paradise, then it was just a matter of playing with elements to see how they interacted with each other. The result is here. An 18″x24″ print that stands on its own. Isn’t a montage (to some poster collector’s chagrin). And something that speaks to what I connect most with the film. I’m sure it won’t be the last Carlito art I make.

Print will be available for purchase online after the show (will update the entry accordingly).