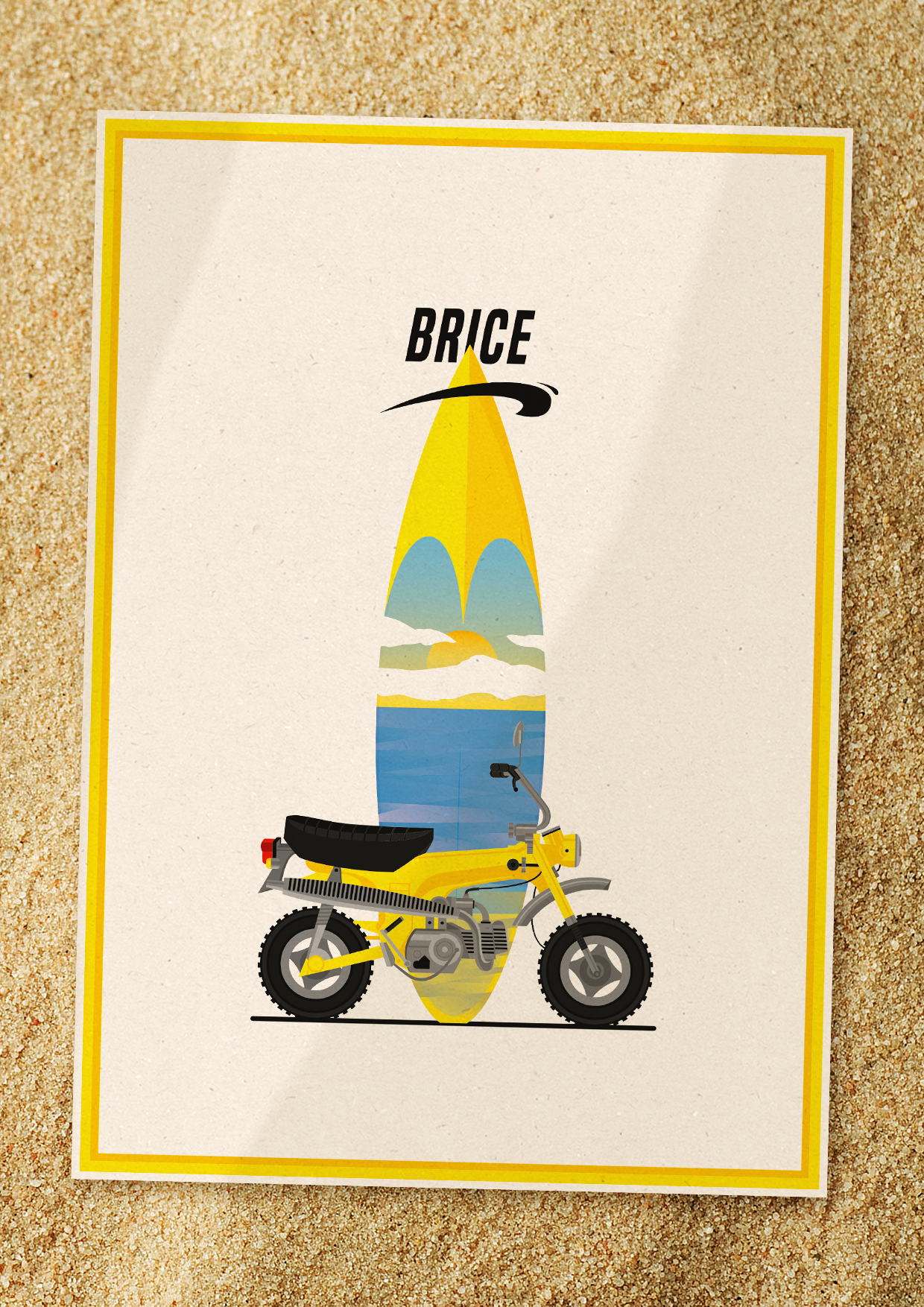 Brice de Nice (literally Brice from Nice) is a 2005 French comedy film directed by James Huth, written by Huth, Jean Dujardin, and Karine Angeli, and starring Dujardin. It is set in France, centering on the character Brice of Nice (“Brice de Nice”) originally created by Dujardin for a stage sketch. A sequel to the film, Brice 3, was released on 19 October 2016.