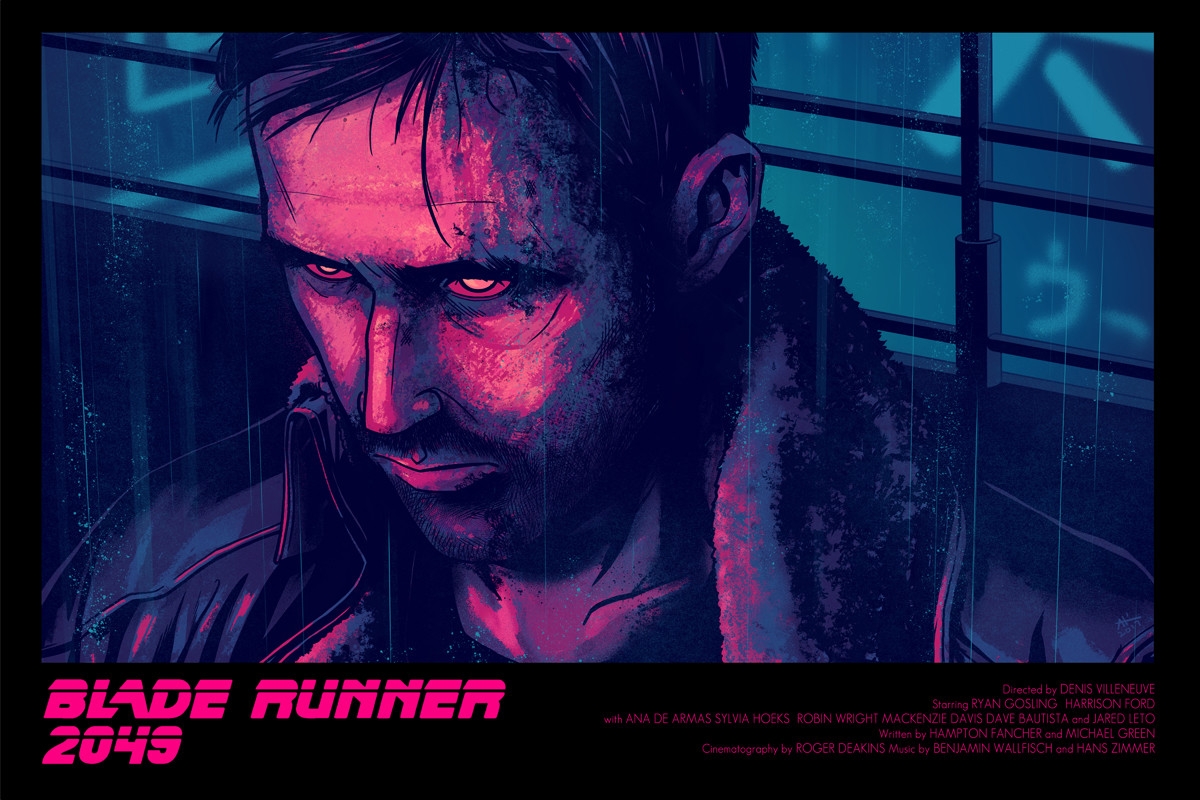 Blade Runner 2049- 2017 A film filled with stunning visuals, I wanted to capture and depict a pivotal moment for Officer K’s character. (SPOILERS) Wandering around aimlessly without purpose, a replicant who for a moment- believed he was in fact human, finds out he really is just a factory-made replicant after all. And everything human he thought he felt is artificial. But the film tells us, to be human, is to be selfless, believe in something more than yourself and be willing to sacrifice yourself for something more. It’s at this moment that I captured that K makes the decision to ultimately sacrifice himself- an act that is what makes him more human than many other ‘human’ characters in the end. I also love that the camera angle is almost identical to that of Roy Batty’s moment of death in the original Blade Runner. The moment where you could say he becomes ‘human’.