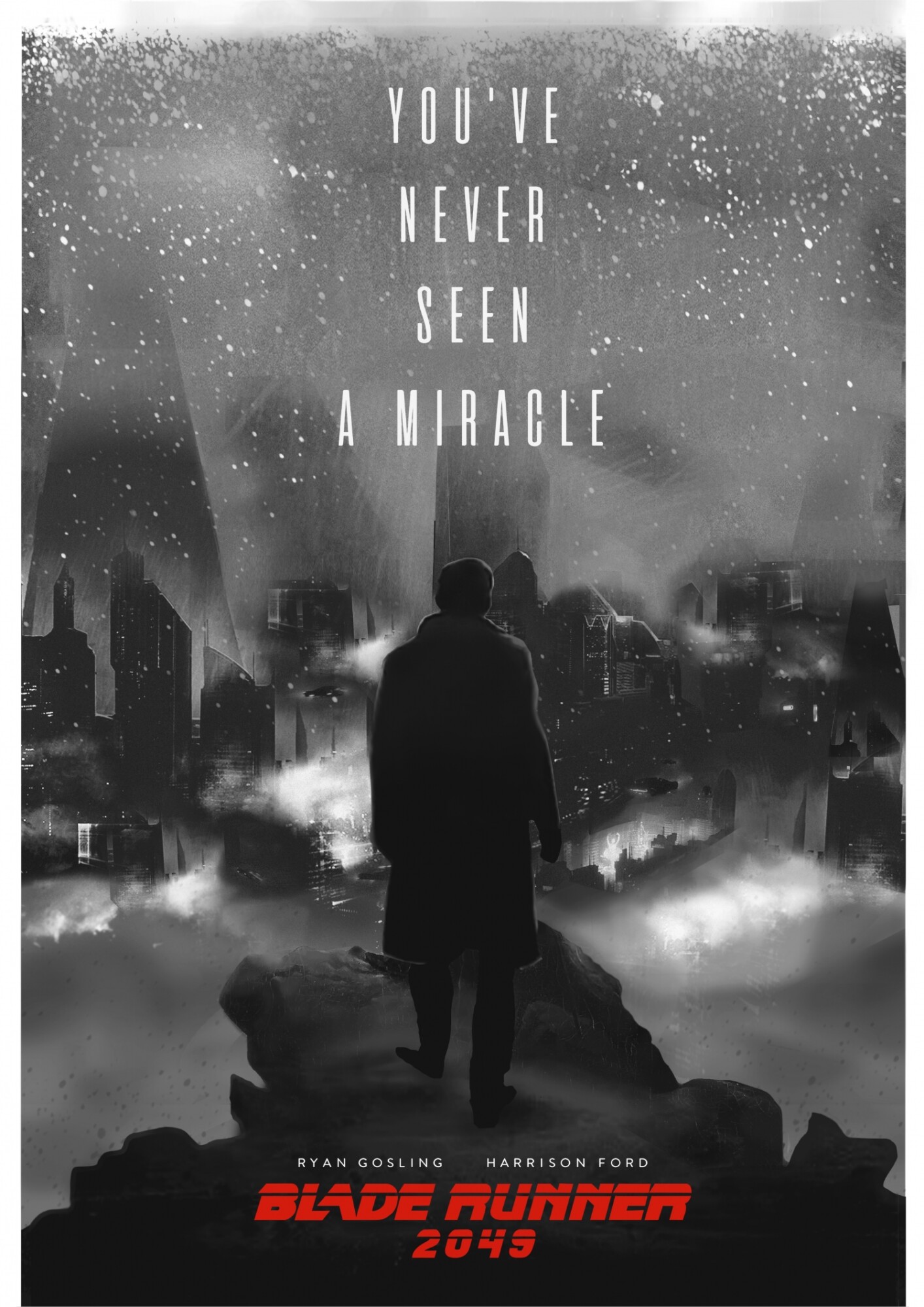 My submission is based on the painting Wanderer above the Sea of Fog by Caspar David Friedrich. I chose to evoke this composition because of the parallel between one famous image of existentialism from the past and K’s isolation from his futuristic settings. Another consideration in my design was K’s role as our guide to the world of 2049 without being the Chosen One we expect him to be. For this reason, I chose to depict him as a silhouette from behind in order to maintain a degree of Average Joe anonymity. Rather than showing his physical features in detail, the composition is instead imbued with images that drive his journey: snow, the LAPD headquarters, the desert rocks of Las Vegas, the gold glow of Wallace’s offices and the cityscape itself.