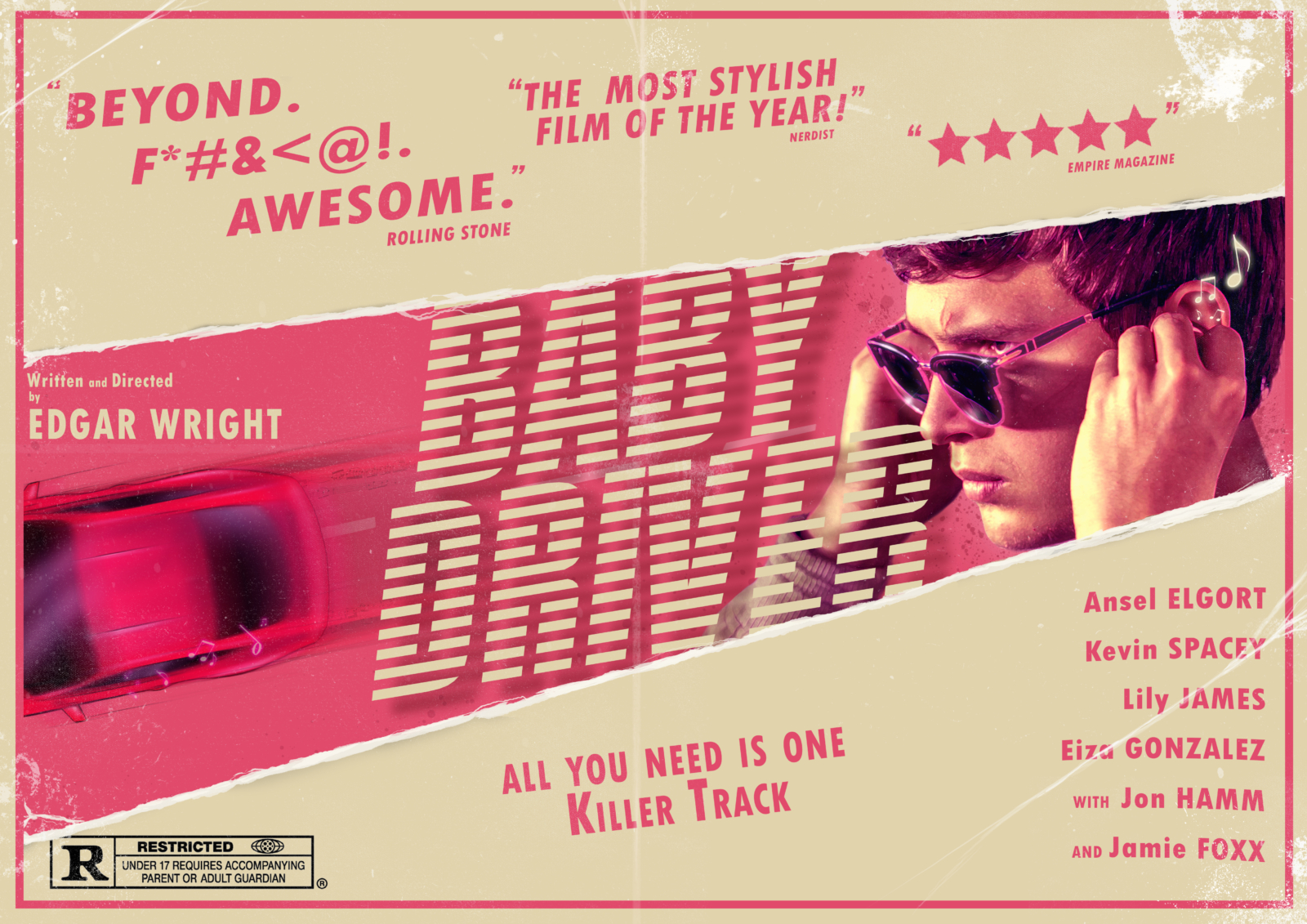 My submission to the Baby Driver creative brief. After brainstorming for a while I realised that all of my ideas had already been done, and so much better than I could have, by the other amazing entries so I decided to keep it simple. Rather than go with a minimalist design, I was influenced by old 60’s/70’s action film posters, such as “Bullitt” (1968) and “Death Wish” (1974) where the main actor would be feature but not much was revealed in the way of plot, only tone.