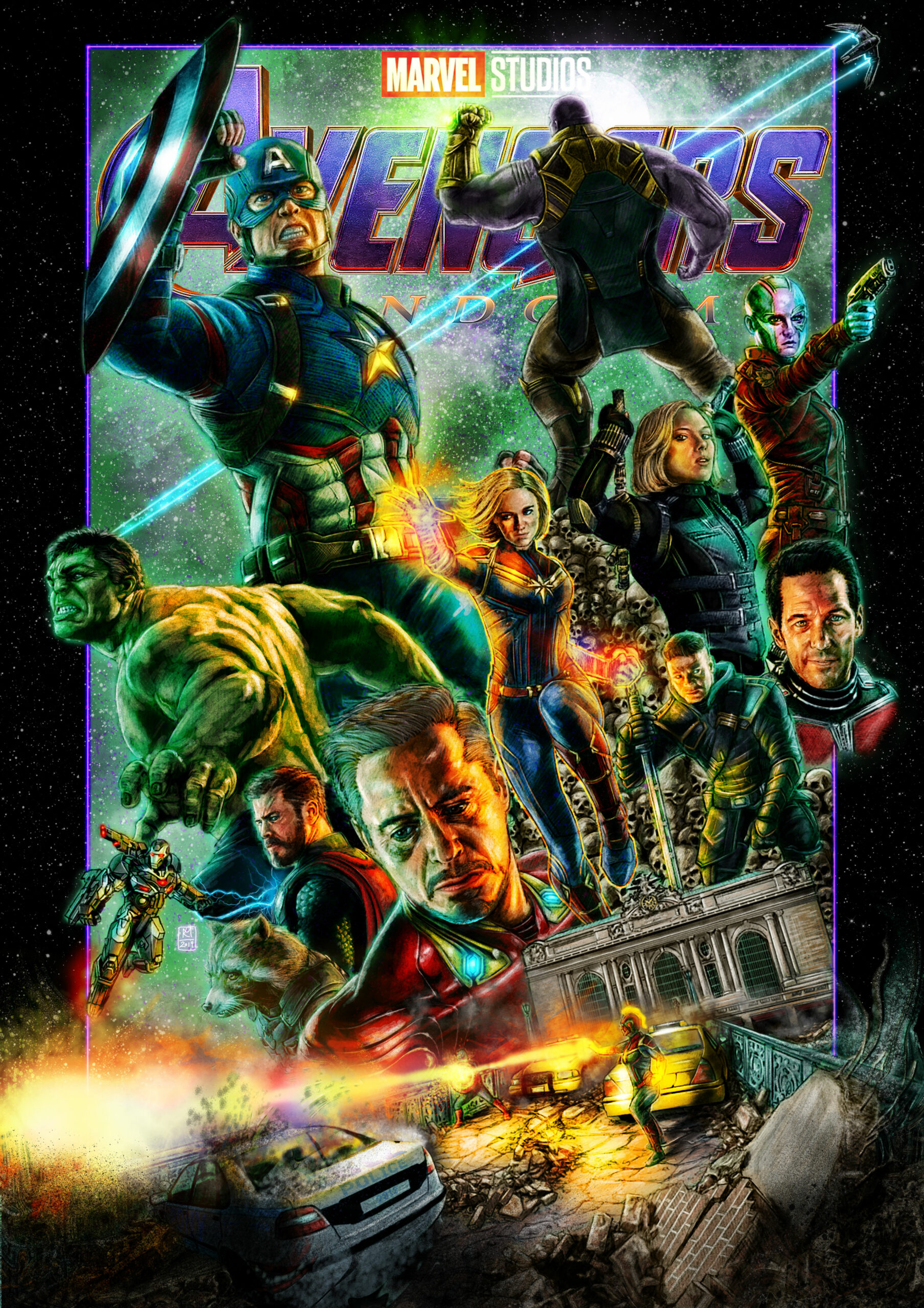 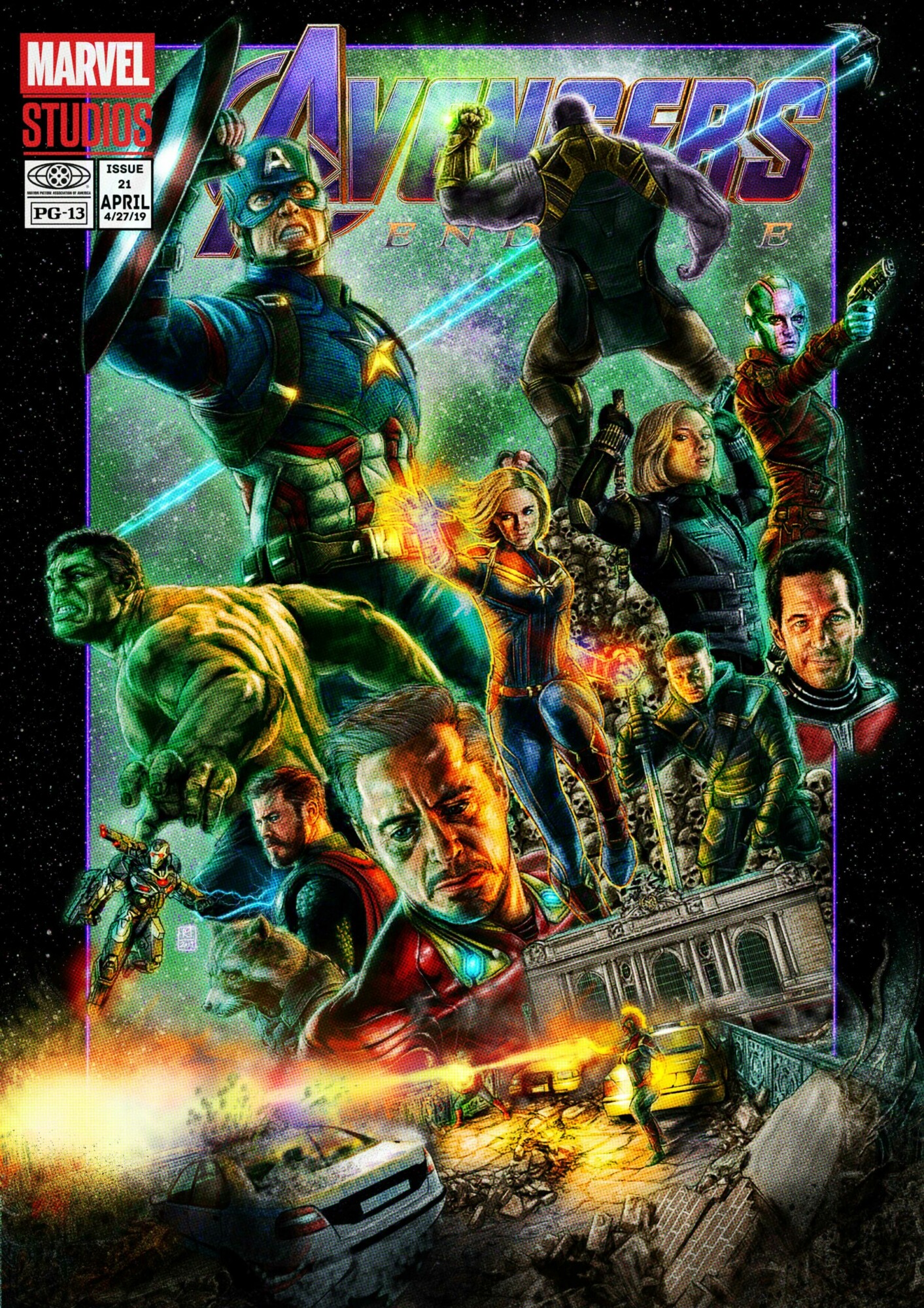 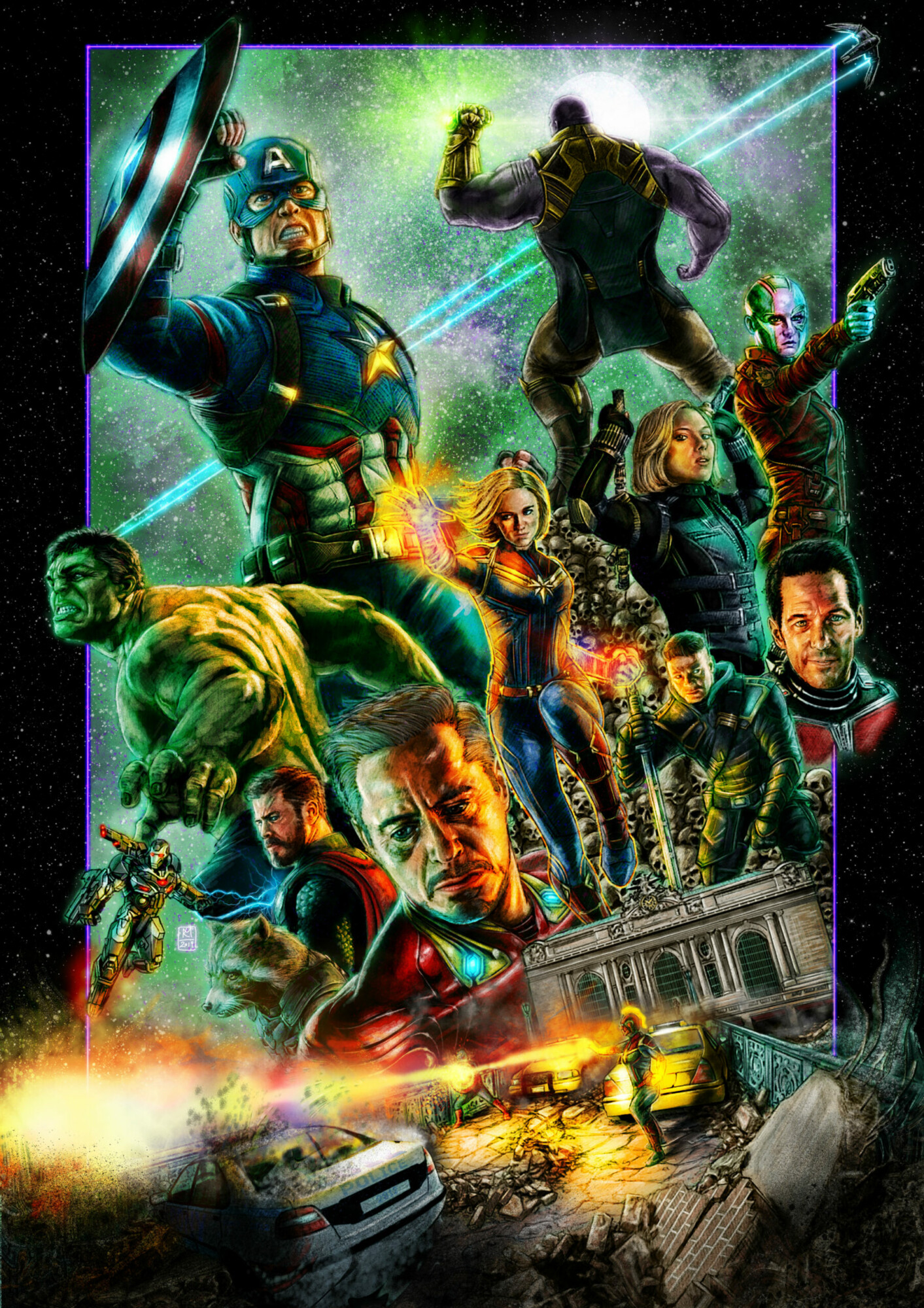 An Avengers: Endgame poster. I had to fumble around in the dark on this one, given how little information and material surrounding this movie has been released so far, so I had to extrapolate a fair amount from the trailer and numerous leaked photos from the set. I only really had three concrete concepts in mind when I started working on this;

1. Thanos with his back to the viewer, as a way of depicting the Avengers stuck in his shadow/thrall.
2. The composition of the Avengers, themselves, to harken back to the now-iconic circular shot from the first movie.
3. The entire composition to be at an odd angle, touching on the idea that everything as gone off kilter since the events of Infinity War.

(and, yes, I am painfully aware I got the scale of the 5th Avenue viaduct insanely off, and… I kind of don’t care? Consider it representative, rather than literal)