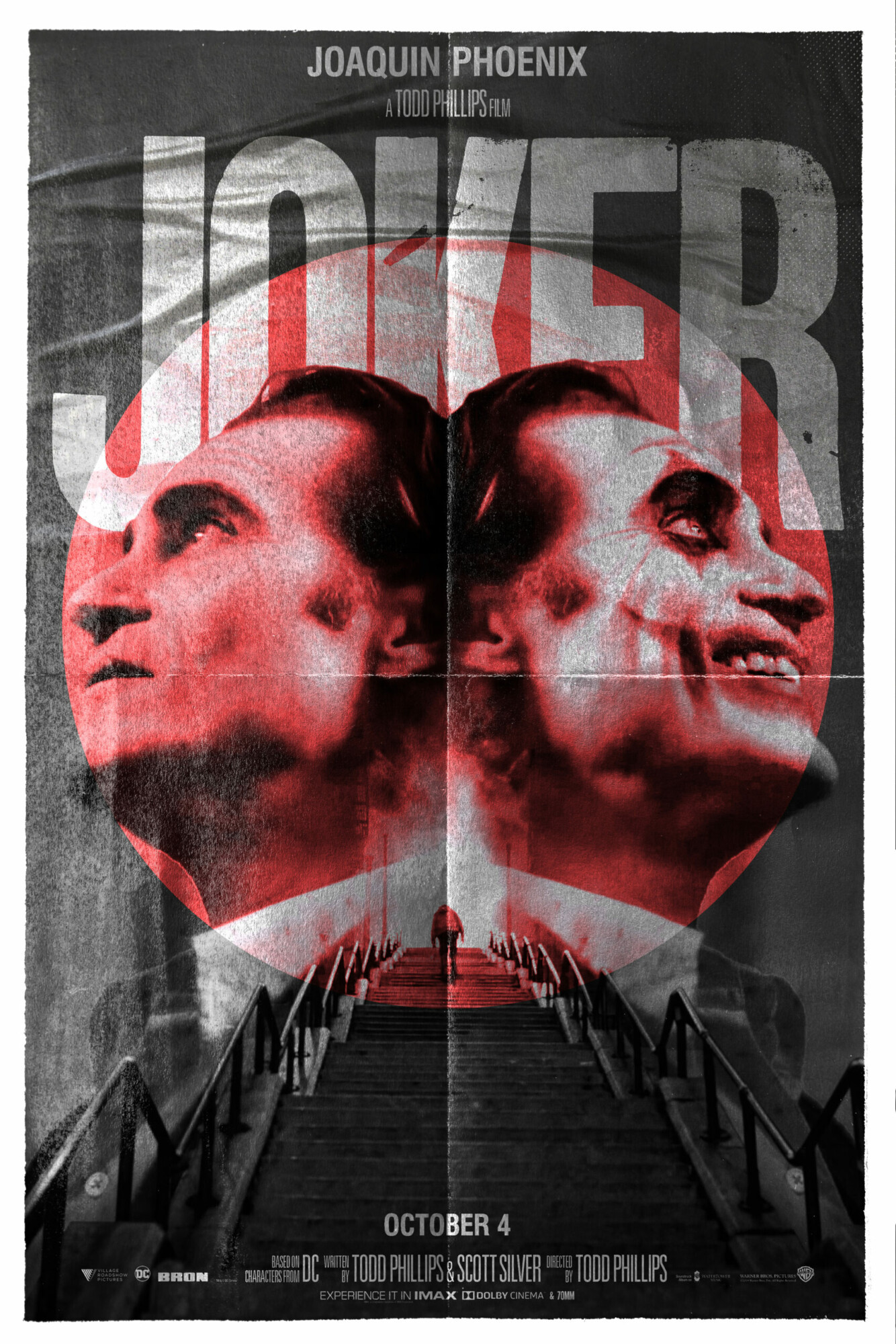 2 of 3: A series I made for Todd Phillips “Joker.” I wanted to make a grittier series that related more to the character’s struggle with mental illness and his battle against society. He’s an outsider trying to find his way in a crazy world. Each piece represents a different struggle within the character as he becomes the villain we end up routing for in the end. I didn’t show the Joker in each piece, but wanted each of them to have something that tied them all together that represented the clown. This is where the red central circle comes in, symbolizing the classic clown nose. Moving forward, I plan to merge the 3 pieces tighter as one for a horizontal build.