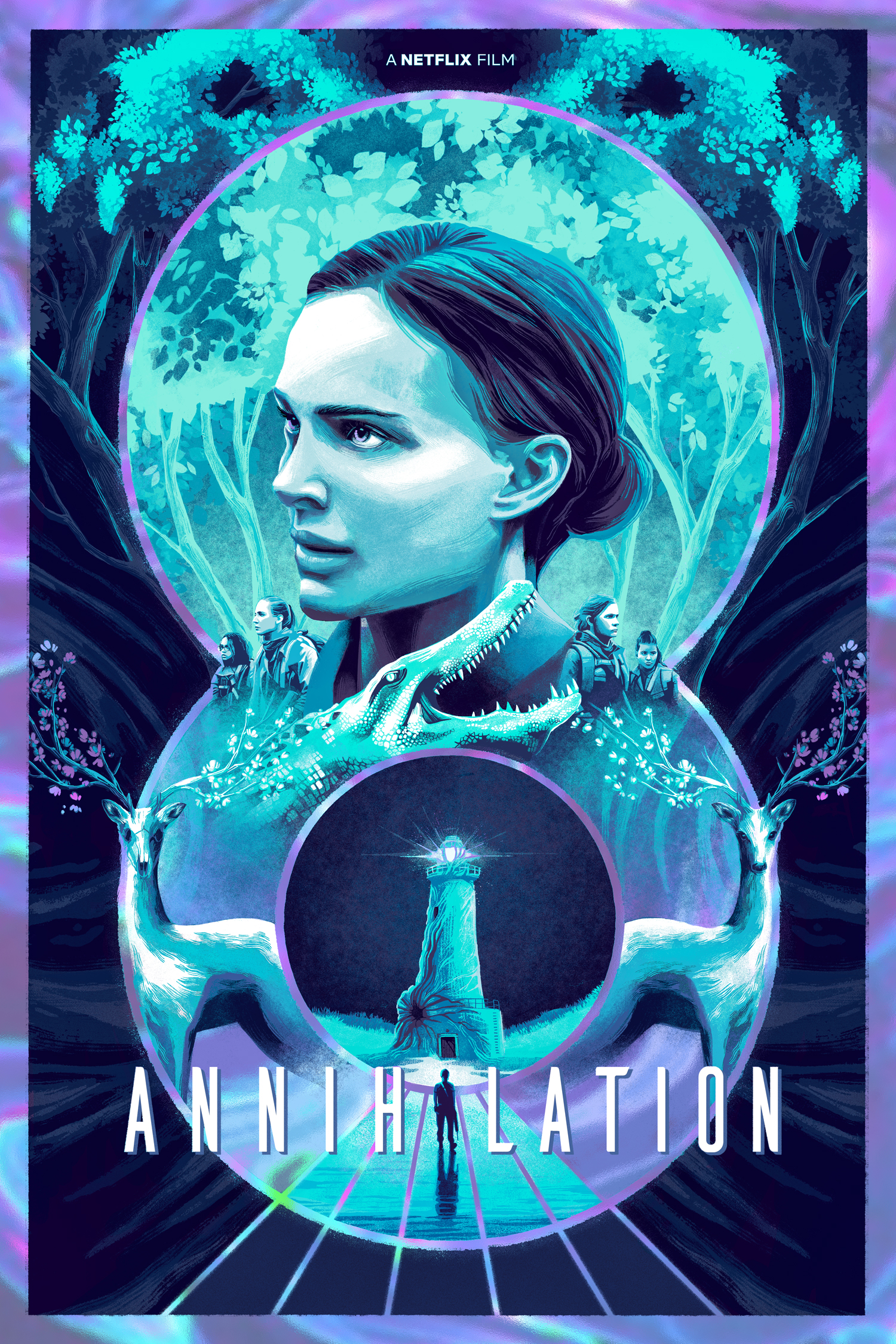 Thrilled to be a part of the Poster Posse tribute project for Netflix! Here is my contribution of Annihilation, hope you enjoy!

The composition was inspired by the ouroboros tattooed on Lena’s forearm which develops deeper into the shimmer and even echoes amongst the characters. I wanted to create a double image merging the ouroboros symbol, (a snake eating its own tail symbolising the cyclic nature of the universe, creation out of destruction, life out of death) and cell multiplication in the overall composition, lena being the nucleus of the first cell, and the lighthouse at the core of the second.

Although this isn’t to be printed I really felt that iridescent foil was the perfect way to translate the aesthetic shimmer into poster format, with the colder shades looming in the background to set the chilling atmosphere.

The more attention given to the details in Annihilation, the more you can understand and perceive this idea that – what if the Earth had cancer? The lighthouse is seen as a metaphor for the cancer’s origin portrayed as a prism in which refraction mixes all DNA in the surrounding area, also known as the shimmer. With multiplication and echoes seen throughout the movie I wanted to explore this mirrored example of the deer and its mutated double. The bear skull in the leaves also depicts the combination of life and death intermixed.