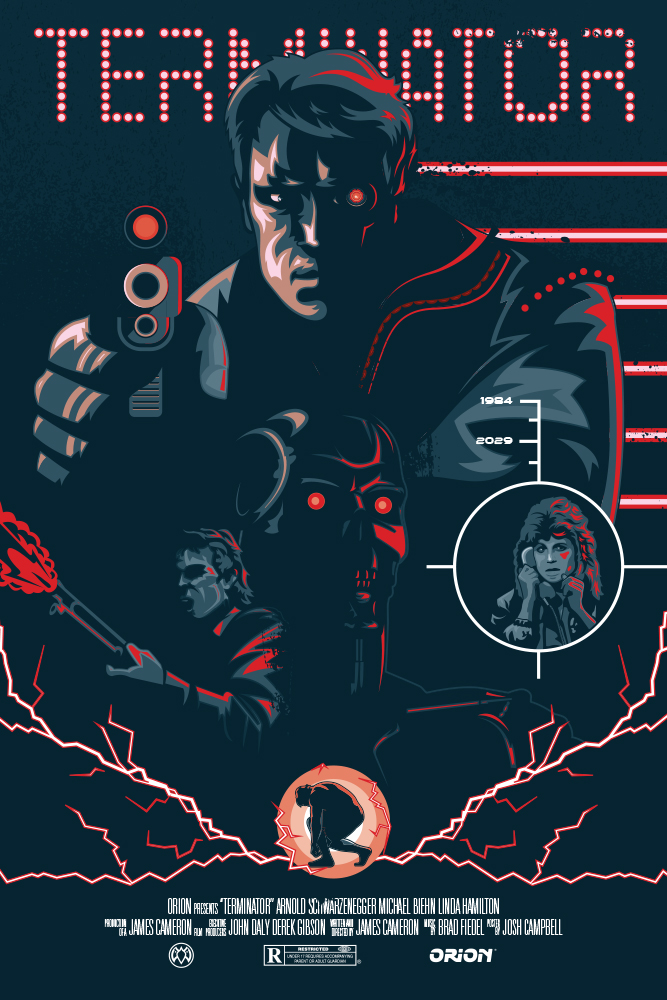 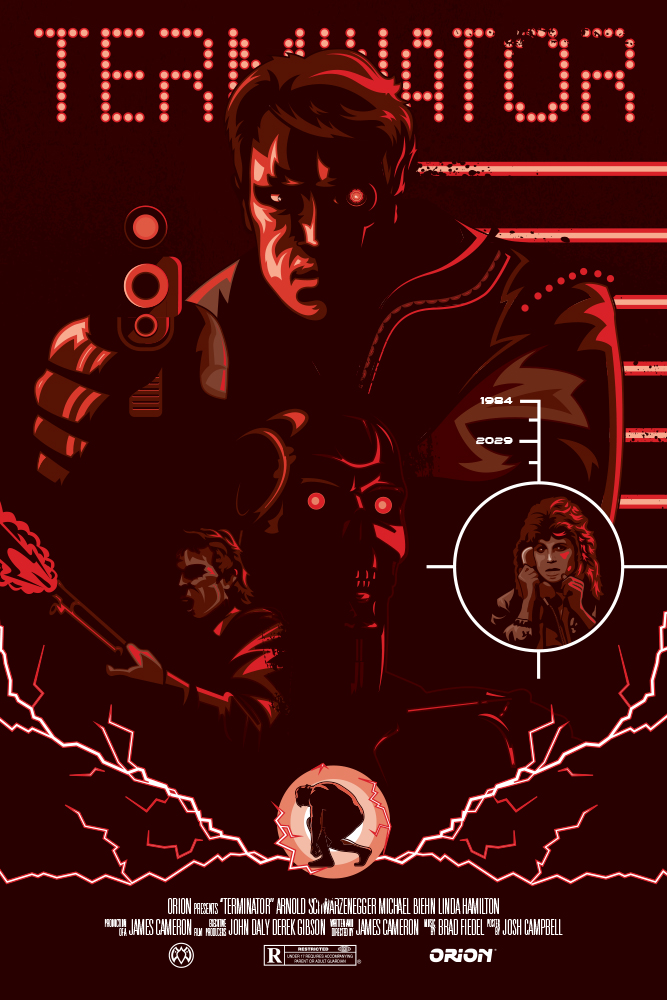 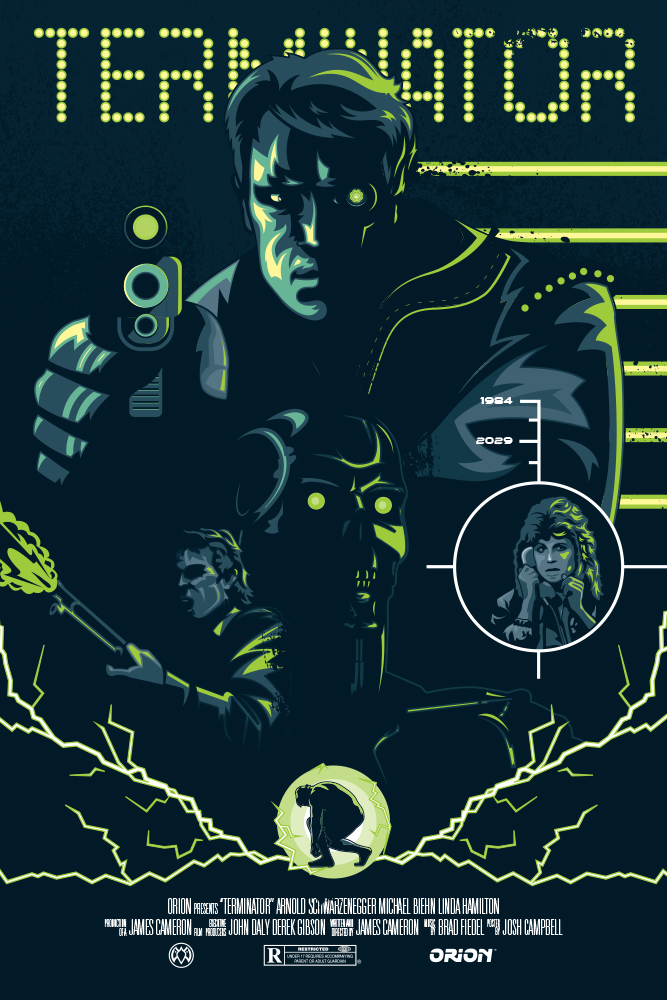 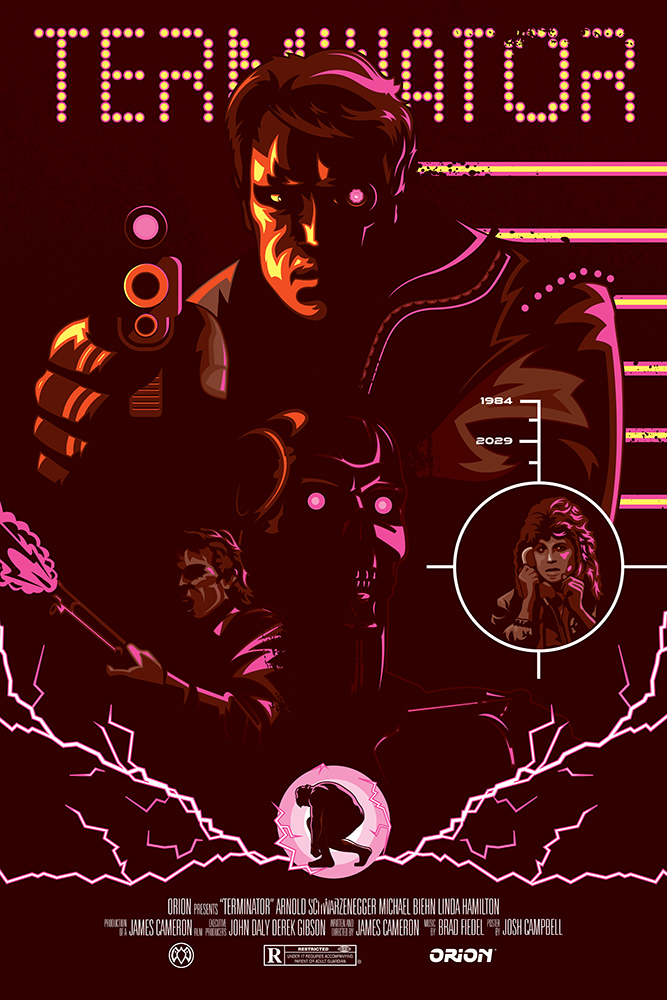 For the last few weeks I have been working on a poster to celebrate the 30th anniversary of my favorite movie not titled Guardians of the Galaxy. The imagination of having a cyborg arrive from the future to kill the mother of a future soldier is just amazing. Then add in the awesomeness of Arnold! The guy made every awesome movie from my childhood. If he could have played Shredder that would have made the 2014 TMNT movie watchable (just saying)!

Anyway, I hope you enjoy my take on this awesome movie. It was heavily influenced by the nightclub scene.