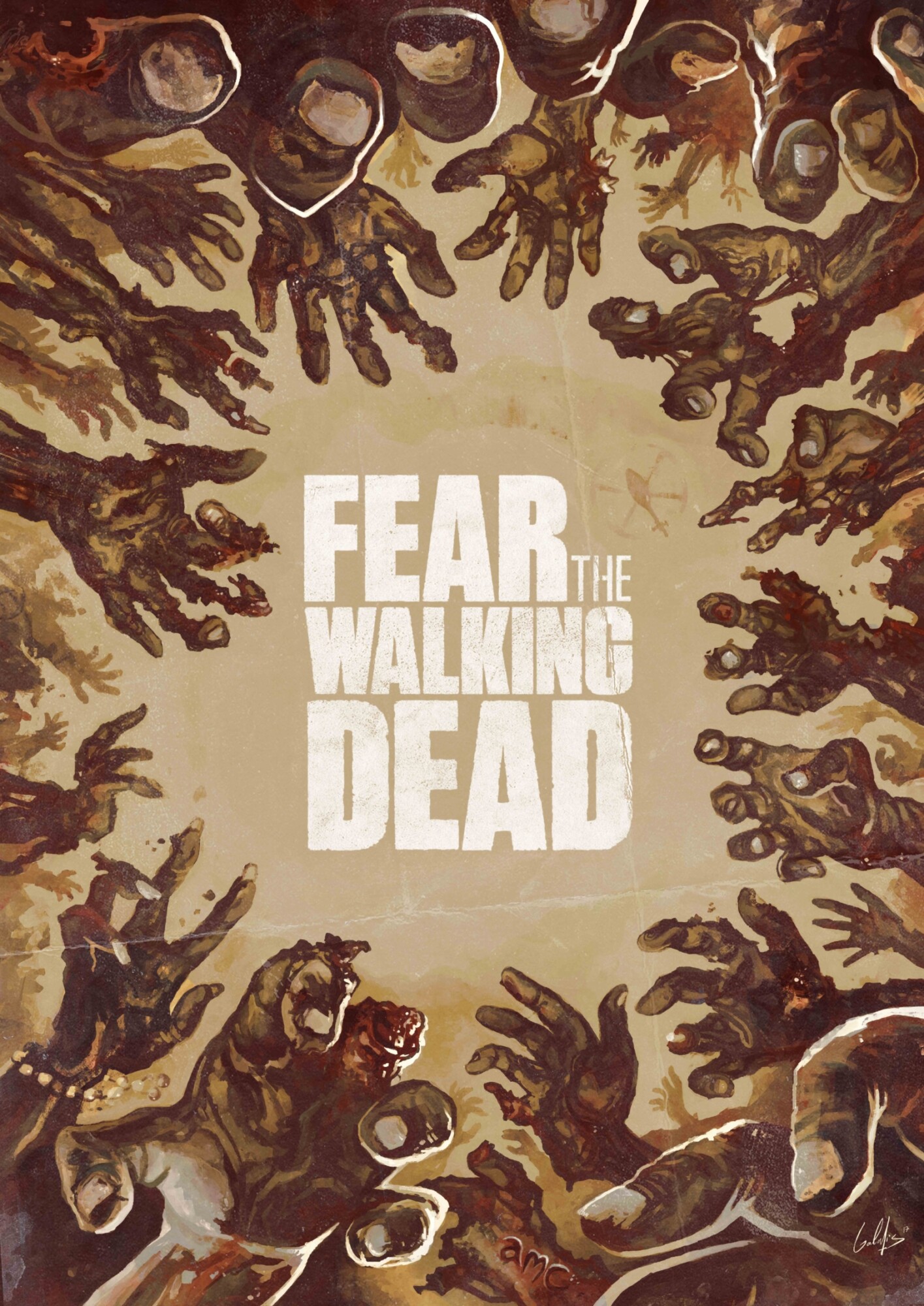 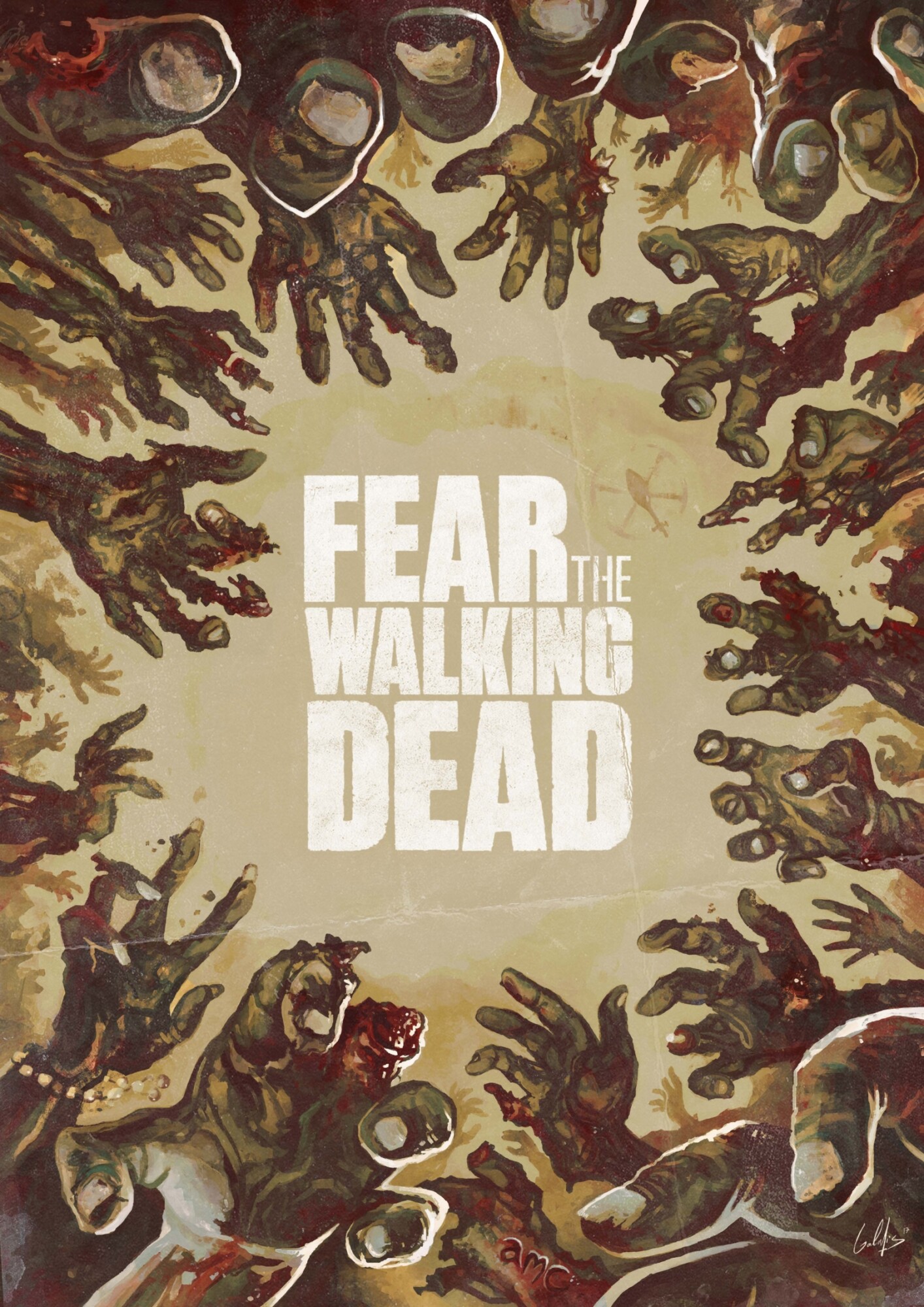 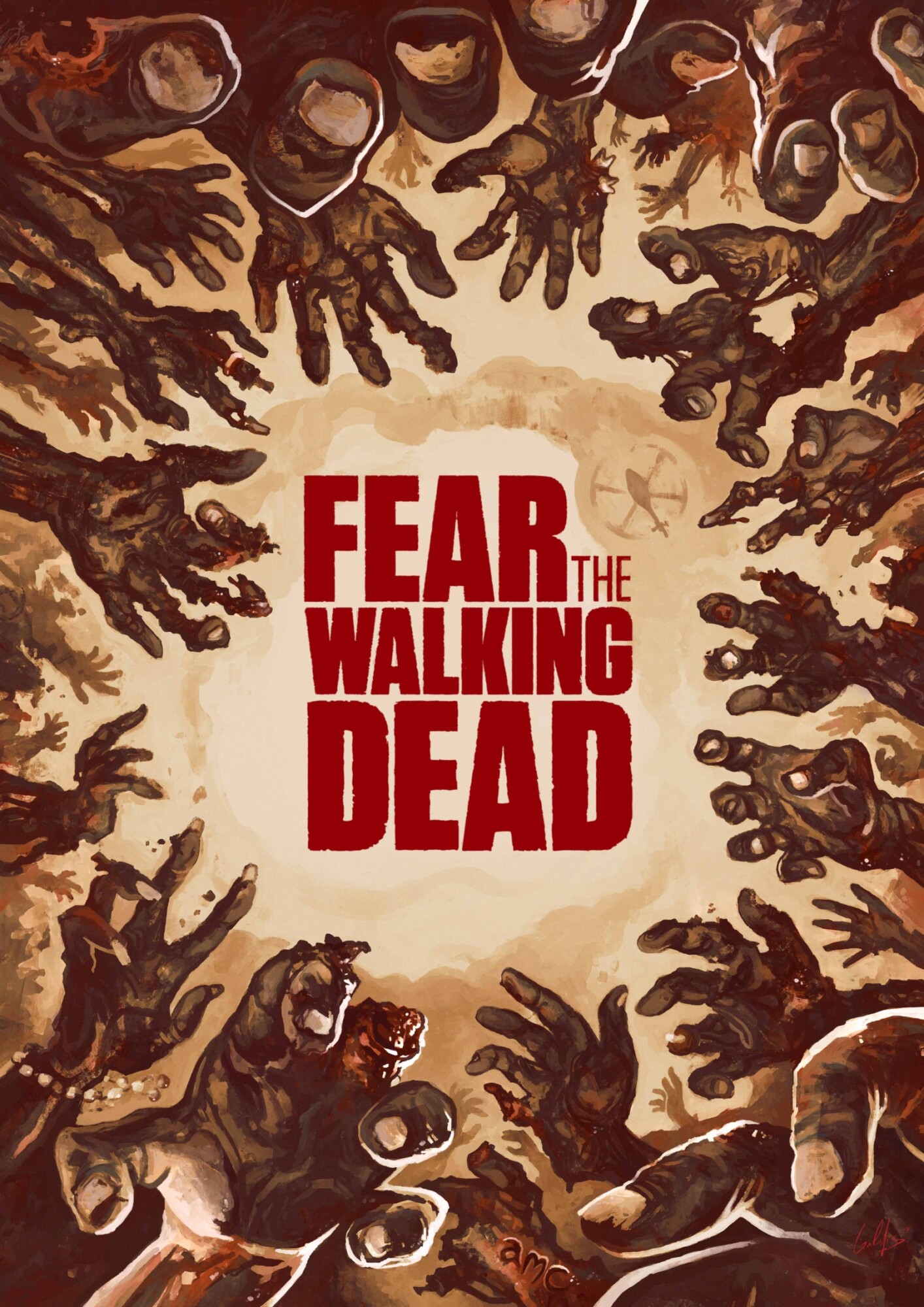 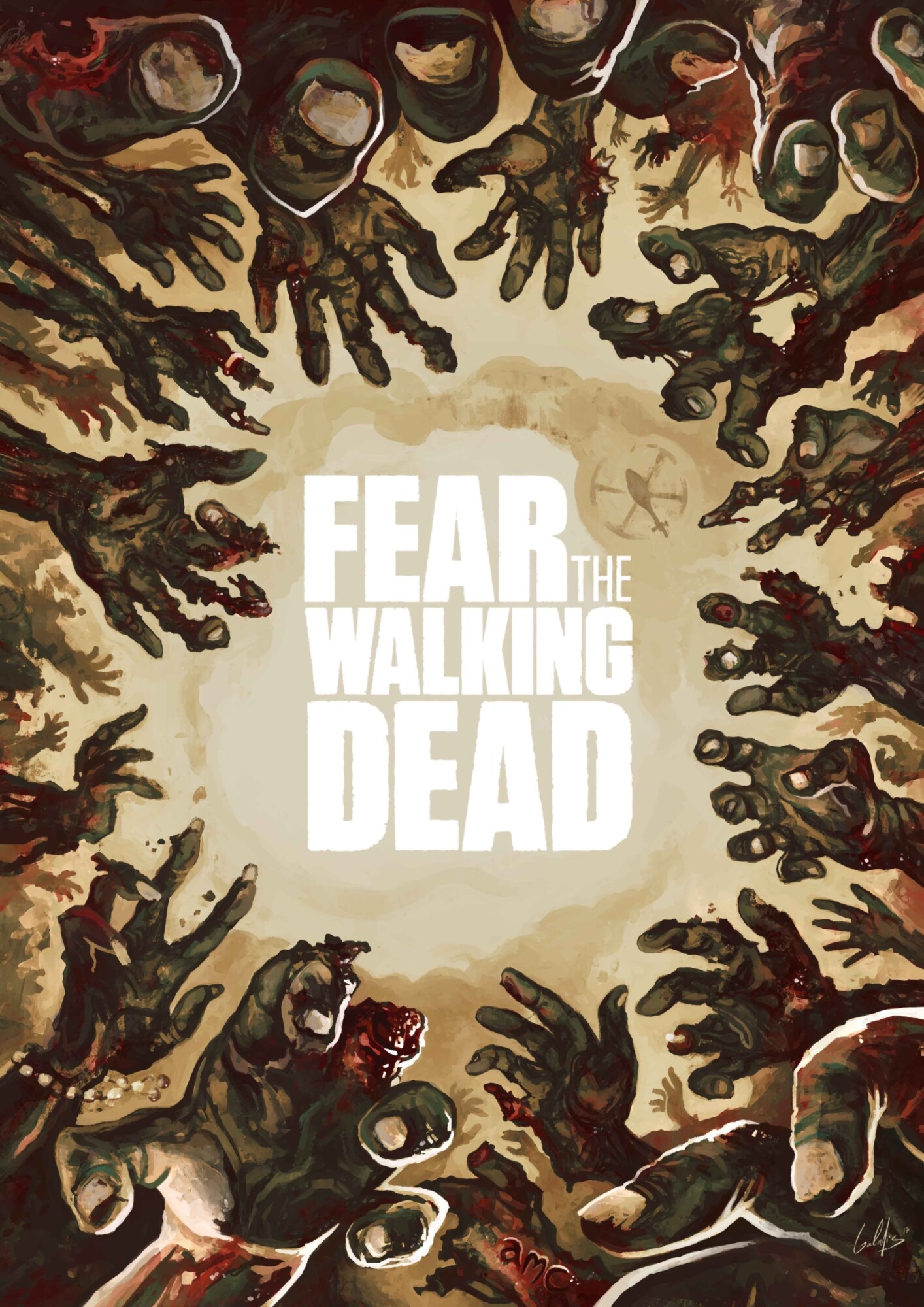 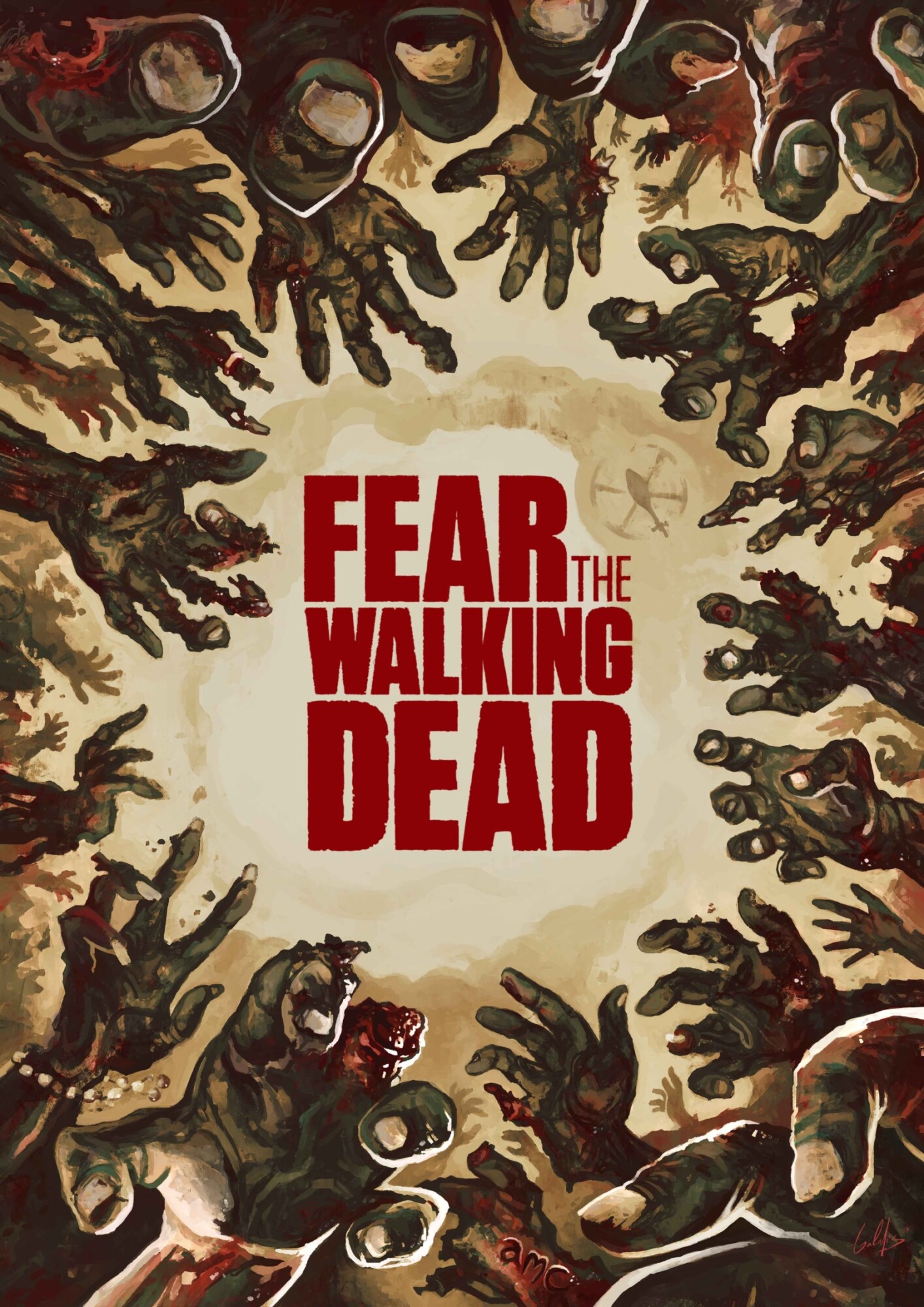 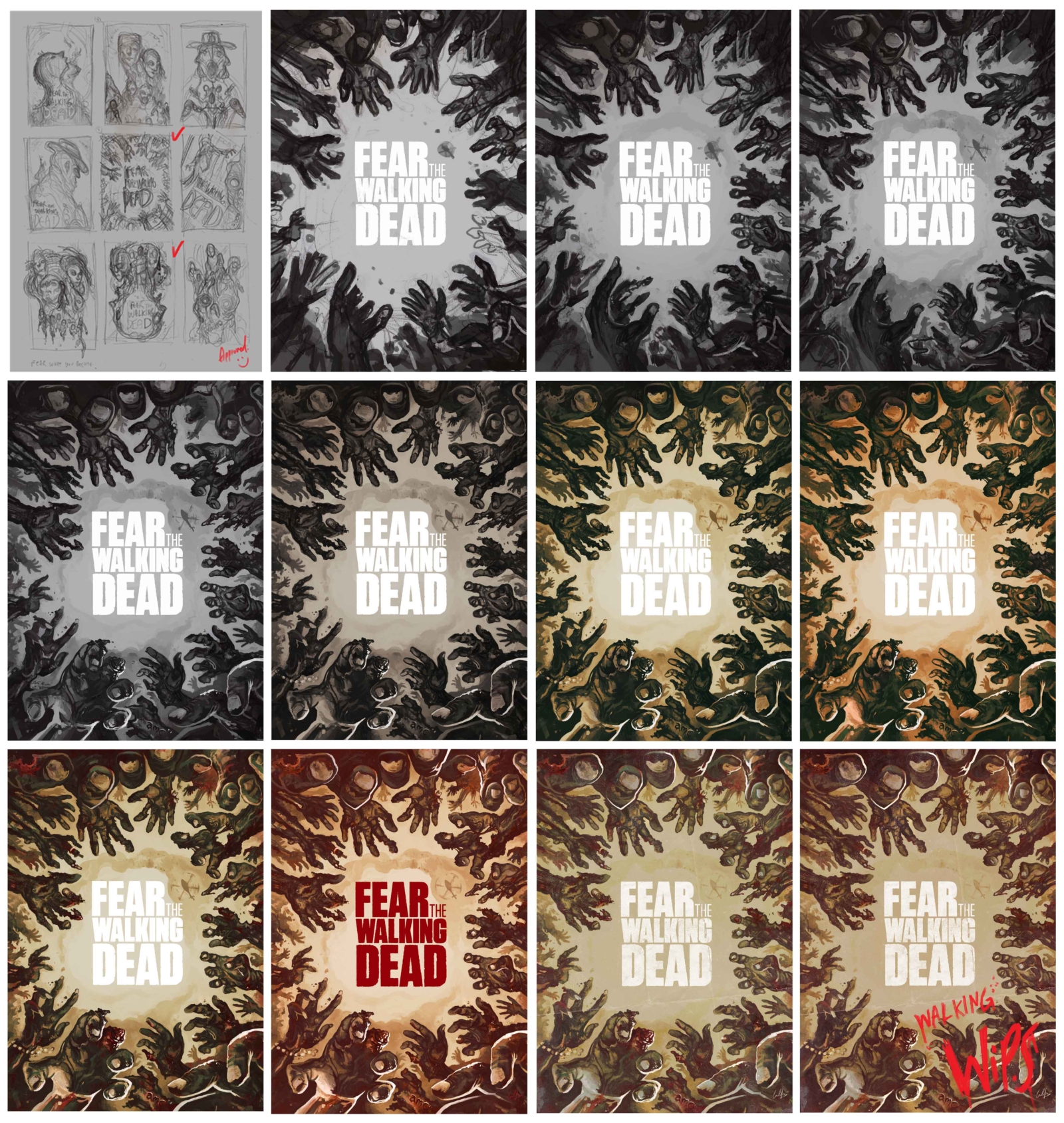 I wanted to place the viewer into the uncomfortable situation a human survivor experiences, who’s just lost his chance to flee as he’s split from his team and paint his last view. He is now surrounded, doomed to perish by the legendary infected, the helicopter indicates humanity’s hope and his personal failure to survive.
I go for a loose painterly style cause it discomforts the brutal scene and stylizes it at the same time.
I’m a big fan of illustrated movie posters, especially 80’s & I want to see them revive in the film industry.
Also, I wanted to end up with a poster design that I want personally to hang into my room walls, as a teenager & as a fear the walking dead series fan. “Fear what you become”

As I worked this poster and flip it around through the process to give me a fresh eye and check for mistakes, I realized it worked cool from all the angles, if the title is adjusted properly each time of course :) About the infected swarm I wanted to personalize the infected hands and give them some diversity, let the viewer know that they were human beings once.

Not choosing to paint a particular character from the series and place the viewer on a first person point of view maximizes the impact and viewers identification. I have really enjoyed making this poster I hope you like it.