Netflix has dropped a slew of posters for Zach Snyder’s Army of Thieves, a prequel to this year’s Army of the Dead. Like Dead, the film focuses on a ragtag bunch of misfits on a mission amidst a zombie outbreak. Unlike Dead, it’s set in the early (presumably more light-hearted) stages of the epidemic. It’s also a romcom, of all things, with Dead’s safecracking jokester Dieter as its lead. (You can watch the trailer here.)

Two things become apparent upon seeing all Army of Thieves posters together. One is that the creators at Percival & Associates harbour genuine affection for the teal and orange colour combo despite the recent backlash against this palette. The other is that concentric circles and spirals are officially in fashion!

These shapes are nothing new in poster design (see Saul Bass’s Vertigo or the work of the Stenberg brothers), but they do seem to be enjoying a recent uptick in popularity. As a design element, they are shorthand for labyrinthine plots, deception and conmanship. Their trippy vibe has helped to promote movies about stage magic (The Prestige, Now You See Me) and traps both literal (Spiral, Maze Runner: the Scorch Trials) and metaphorical (Moon, Allegiant). 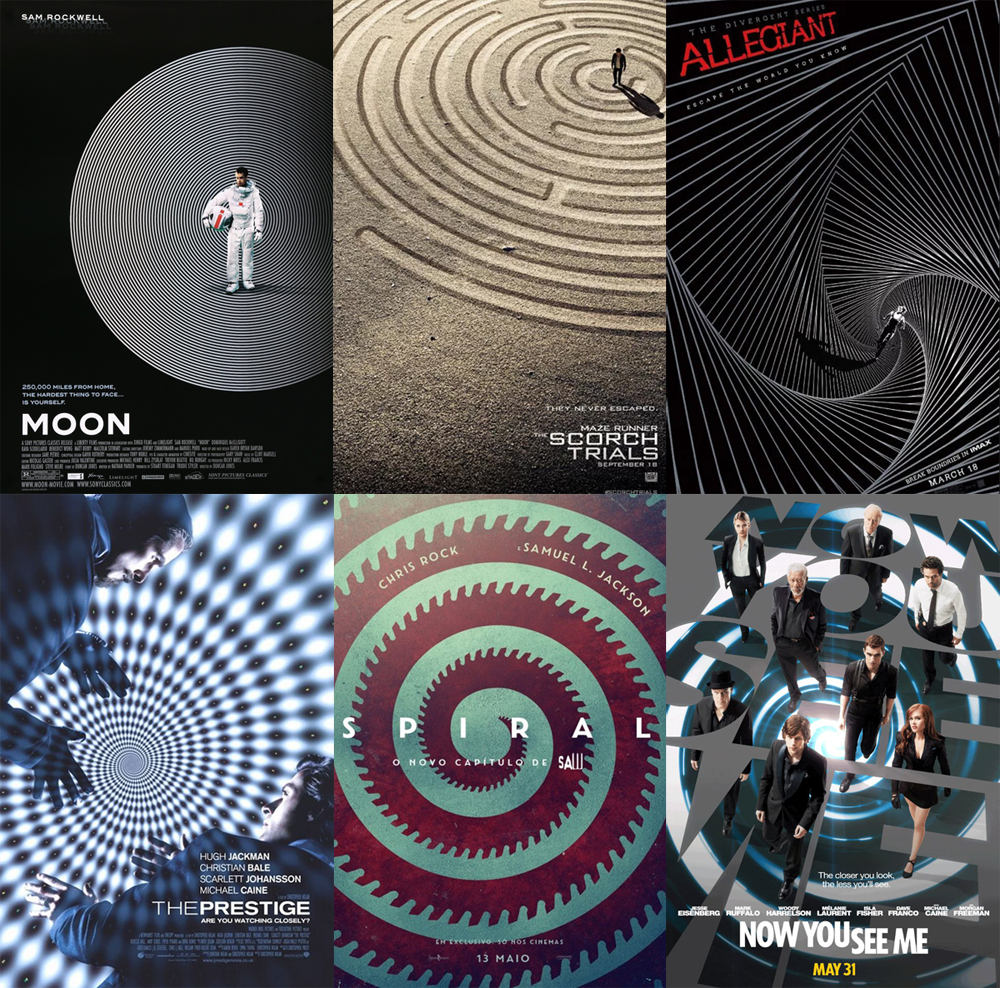 To give credit where it’s due, the Army of Thieves posters are clever about integrating the concentric circles into the composition. These are clearly stylized safe dials, which makes them plot-relevant rather than merely cool.

It remains to be seen whether Army of Thieves will have the complex plot promised by the posters (knowing Snyder, it’s a stretch). However, kudos to P&A for making the posters look clean and fun — and devoid of grubby zombie iconography!