Earlier this year we were tasked to work with three artists and produce original artwork celebrating musician David Crosby (The Byrds, Crosby, Stills, Nash & Young) in collaboration with filmmaker A.J. Eaton director of David Crosby: Remember my Name. The idea was to create three unique pieces of art that not only promote the film but pay tribute to Crosby and celebrate his 80th birthday.

We’re excited to reveal the first piece by Tom Ralston. Tom was chosen by A.J. from nearly 100 artists who submitted for the commission.

Over the course of a month, we held Zoom calls with A.J. and Tom to work together on this piece and we couldn’t be happier with the result.

This piece will be available as a 24×36″ print in the coming weeks, we will be announcing the release via our twitter so ensure you’re following us in order to catch the drop! 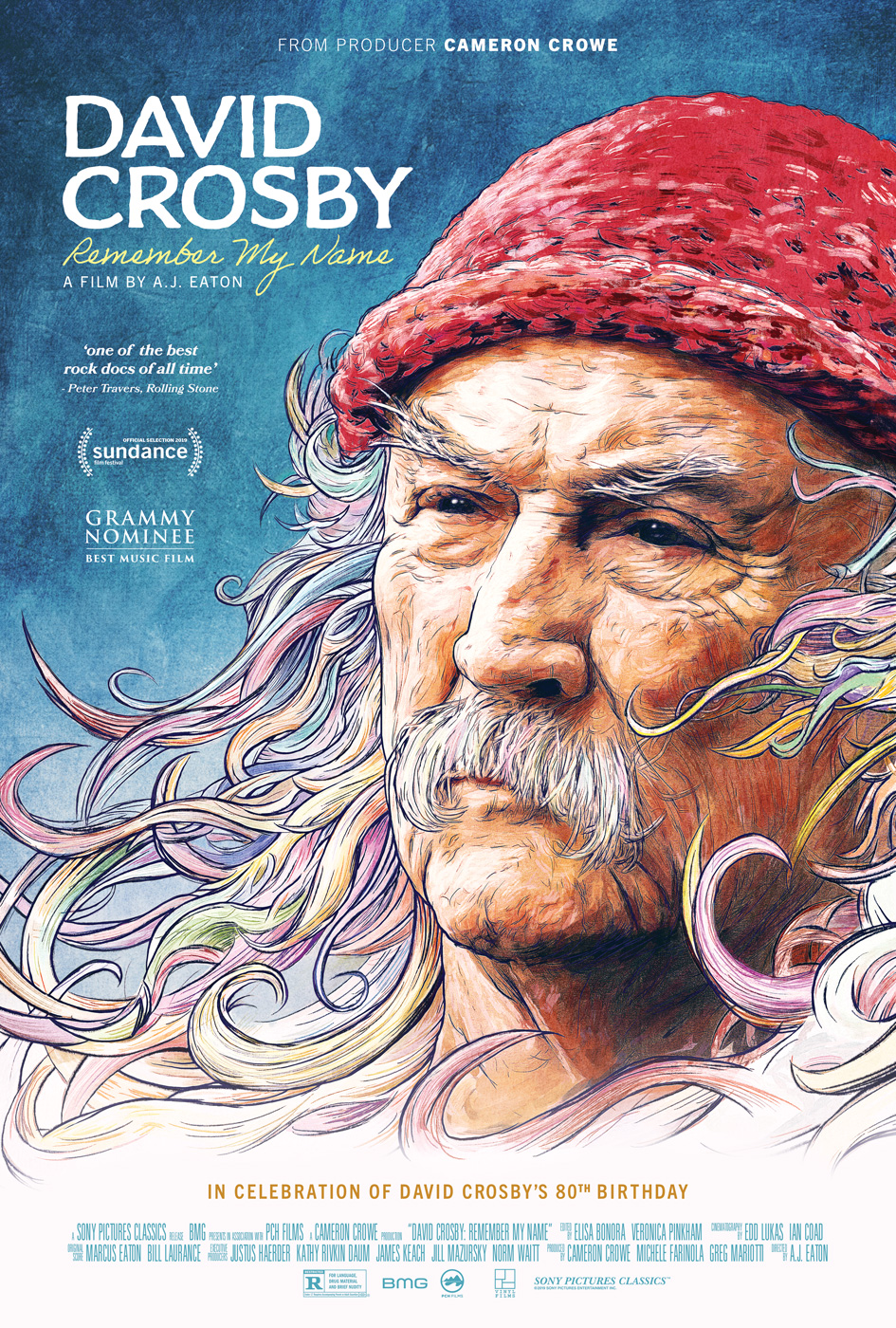 In the 90’s and early 00’s as my teenage peers were doing what most kids do; listening to the hit music of their era, I was busy listening to The Birds and Crosby, Stills & Nash and exploring the music of the 60s and 70s. Many of the important connections in my life have been forged by a shared love of music and David Crosby has been instrumental to the soundtrack to my life. Needless to say I was overjoyed to collaborate with A.J Eaton and PosterSpy in paying tribute to David Crosby for his 80th Birthday.

A.J Eaton’s tremendous documentary reveals a much broader spectrum of the artist than most biopics, as we see Crosby in a raw, honest, vulnerable, and at times… less than flattering light. It’s an intimate and engrossing watch as Crosby reflects on his successes, failures and losses throughout his extraordinary life.

And Crosby’s life is nothing if not extraordinary. Setting aside his astounding musical career, he has also battled addiction, has been incarcerated and survived numerous health issues. As he states in the documentary — it’s a miracle that he’s still alive.

In approaching this poster I wanted to create a portrait of the man that contained some of that intimacy and (hopefully) a touch of the extraordinary.

While I could have drawn Crosby as a younger man, the documentary deals a great deal with Crosby looking back upon the passage of time and I have used his hair as a visual metaphor for that. Crosby’s long flowing white hair is an iconic part of his identity (he wrote the emblematic hippie counterculture song ‘Almost Cut My Hair’) and so I have incorporated colourful, Art Nouveau-inspired curvilinear lines into his hair as a nod to the psychedelic poster art of the sixties.

The exaggerated crashing waves of his hair also hints at Crosby’s spiritual connection to the sea. It was on his sailboat the MAYAN that Crosby wrote many of his songs and where he retreated to in times of need. The textured sea-blue background compliments the colour of his trademark red knitted fisherman’s hat (knitted by his wife Jan).

This was a wonderful project to contribute to and I want to thank Jack and A.J for allowing me to be a part of it. And of course, Happy Birthday to David Crosby, a continual inspiration to let your ‘freak flag fly’.

Watch the trailer for David Crosby: Remember My Name